Patersons of Beauly: Reflections on Rifles, Love, Shinty and WW1 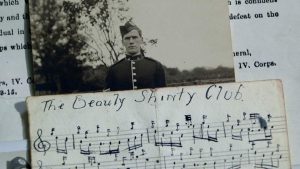