Photograph of the International Order of Good Templars 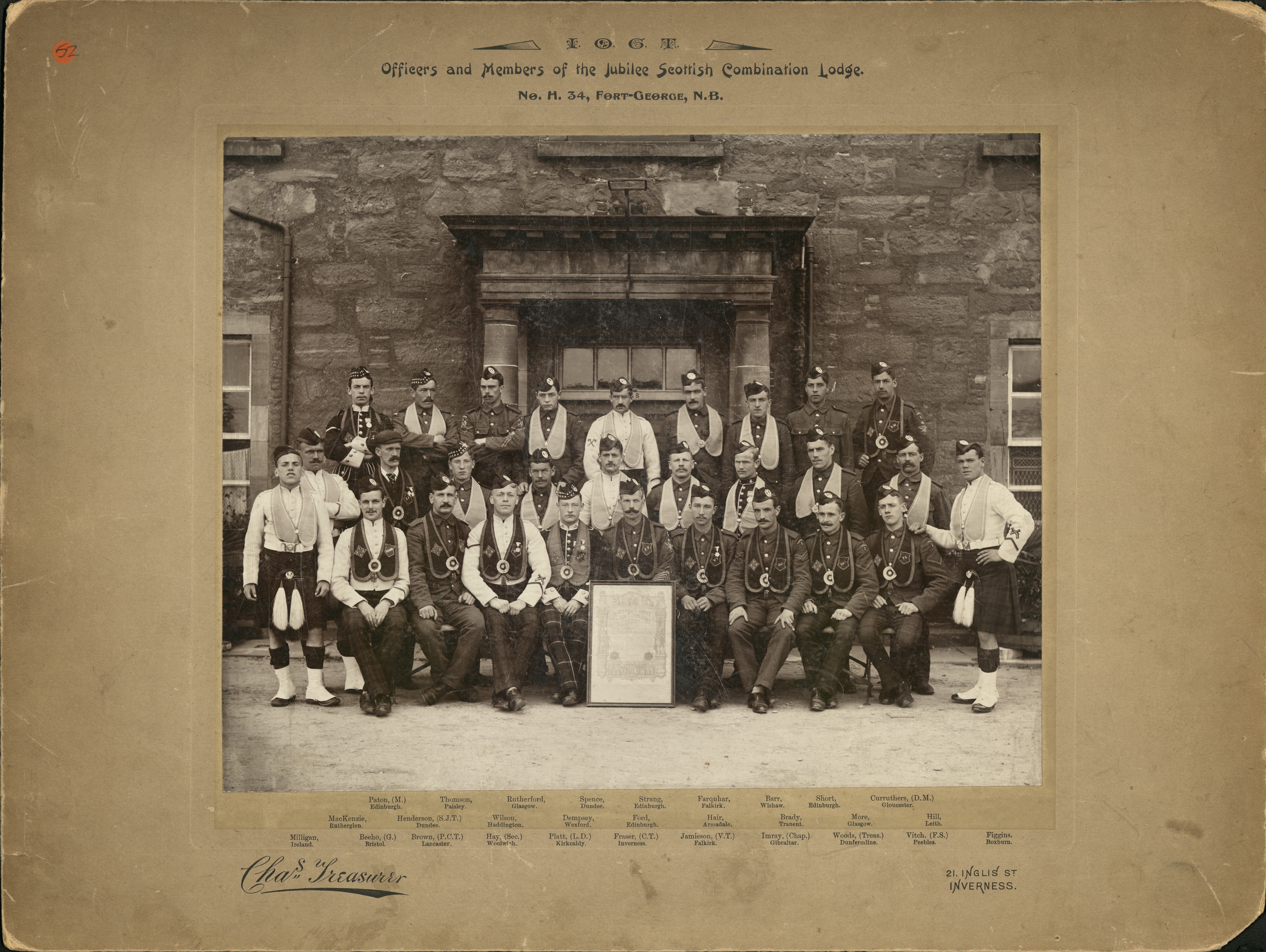 age was originally miss-identified as a picture of a Masonic Lodge and it is perhaps understandable why this mistake was made given the dress of those in the image. Looking for further information on the photograph, we contacted the local Lodge to see if they could tell us more and a member kindly took the time to visit only to find that it wasn’t the Masons but the International Order of the Good Templars. The IOGT still exists today and aims to encourage a drink and drugs free, Christian lifestyle. It was originally modelled on the Masonic system but had no restrictions on gender, religion or race.

We have managed to roughly date the image by the medals worn by some of those photographed to between the end of the Second Boer War in 1902 and the outbreak of the 1st World War in 1914. We’ve identified several different regiments as well, including Camerons, Seaforths and Argyll and Sutherlands. And the distinctive stone work on the building behind tells us that it was taken here at Fort George but that is where our information ends and where we are asking for your help. Are you aware of the IOGT meeting here at Fort George? Are you aware of any event that would have brought members of different regiments to the Fort during the pre-war period? Maybe you’d just like to share your thoughts with us, we’d be delighted to hear them.