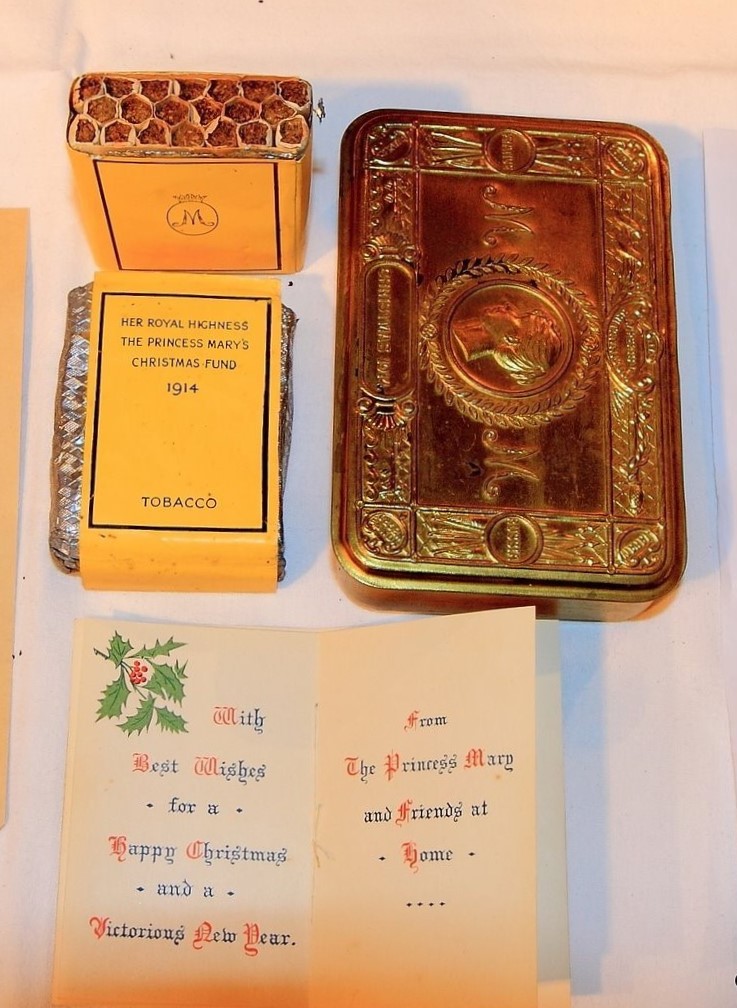 In 1914, Princess Mary, daughter of King George V and Queen Mary decided that she would send a gift ‘from the nation’ to all of those serving abroad in the War. Initially, Princess Mary had intended to pay for the gifts out of her allowance, but it was decided that a public fund would be set up with her backing.

The contents of the brass Christmas boxes varied depending on the recipient, but the standard box issued contained; tobacco, 20 cigarettes, a pipe, a Christmas card, and a photograph of Princess Mary. Non-smokers received a packet of acid tablets and khaki writing case, and nurses were given chocolate.

It is estimated that over 350,000 boxes were delivered by the Christmas of 1914, with the rest following on over the next few years, delayed by brass shortages and issues with distribution. The Christmas boxes became a valued possession of many who served, often used for storing personal items after its initial contents had been used up.