AND THE HIGHLANDERS’ MUSEUM

WHAT WAS THE INDIAN UPRISING?

Also referred to as the First War of Independence, the Indian Rebellion, or the Sepoy Mutiny, objects relating to this battle form an important part of our collection. Colonial British powers controlled India from 1820. As The East India Company became increasingly powerful through the global trade of Indian commodities, the British began to dominate Indian politics and economics, replacing the old Indian aristocracy and Hindu rulers. The East India Company was instrumental in the early beginnings of the British Empire. The colonisation of India encouraged the westernisation of religion and education, and attempted to break down traditional cultural structures such as the caste system. The uprising began with the Bengal army, whose soldiers were known as sepoys.

In April 1857, anti-British tensions were on the rise, and a sepoy was executed for attacking a British soldier. In May, a group of sepoy troopers shot their British officers, and reinstated Mughal emperor Bahādur Shah II to power. As the fighting intensified, there was extreme violence from both sides, with major conflicts at Lucknow, Kanpur, and Delhi. Peace was officially declared in July 1858. Notably, many Indian troops who were serving for the presidency armies fought the sepoys alongside the British. 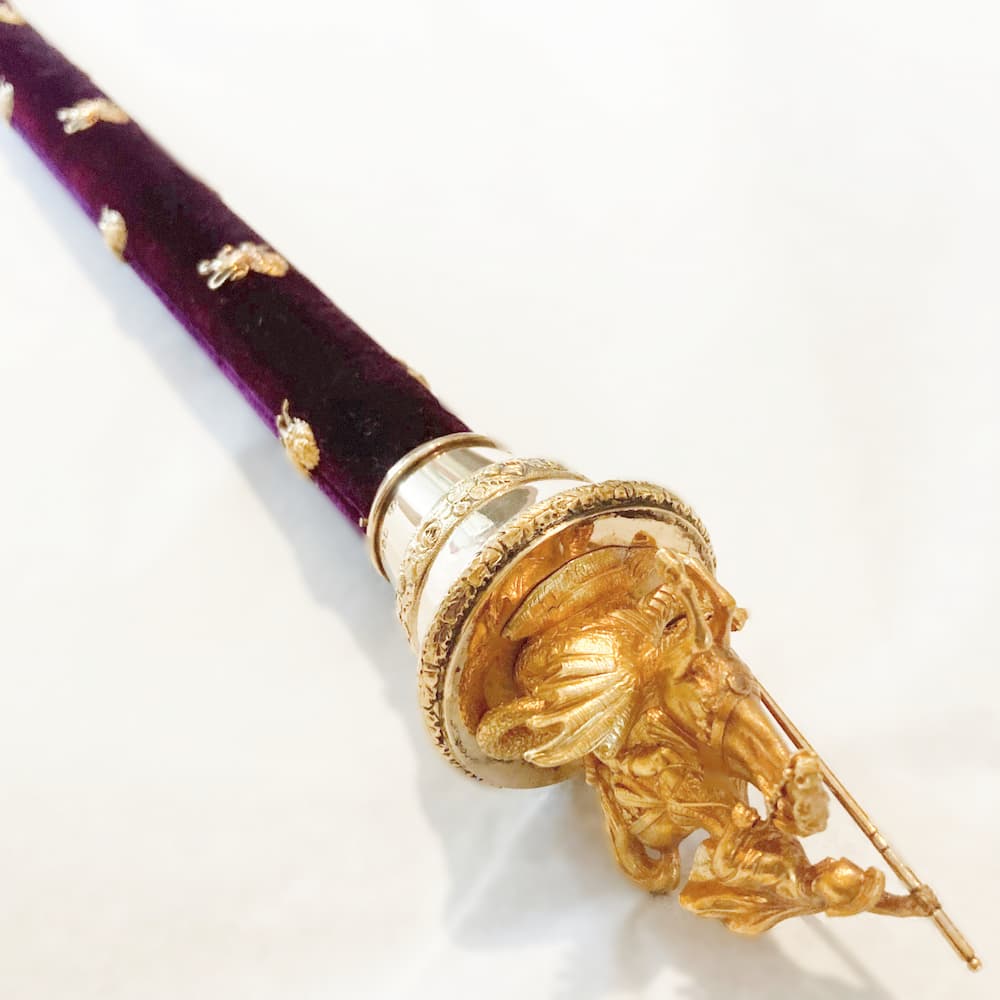 This ornate gold and velvet baton was presented to Grant in 1883 by Queen Victoria on his promotion to the most senior rank in the Army. Having spent most of his career in India, he acted as Commander-in-Chief throughout the mutiny.

THE HIGHLANDERS AND THE UPRISING

Both the Seaforths and the Camerons were involved in suppressing the uprising of the sepoys. In 1857, the 79th Cameron Highlanders sailed to India. They played a significant part in the Capture of Lucknow in 1858, and the regiment was awarded the Lucknow Battle Honour. The Seaforths served during the Indian Rebellion, recapturing the town of Cawnpore and fighting at Lucknow; they remained in India to hunt down rebels and contain the spread of the mutiny until 1865. 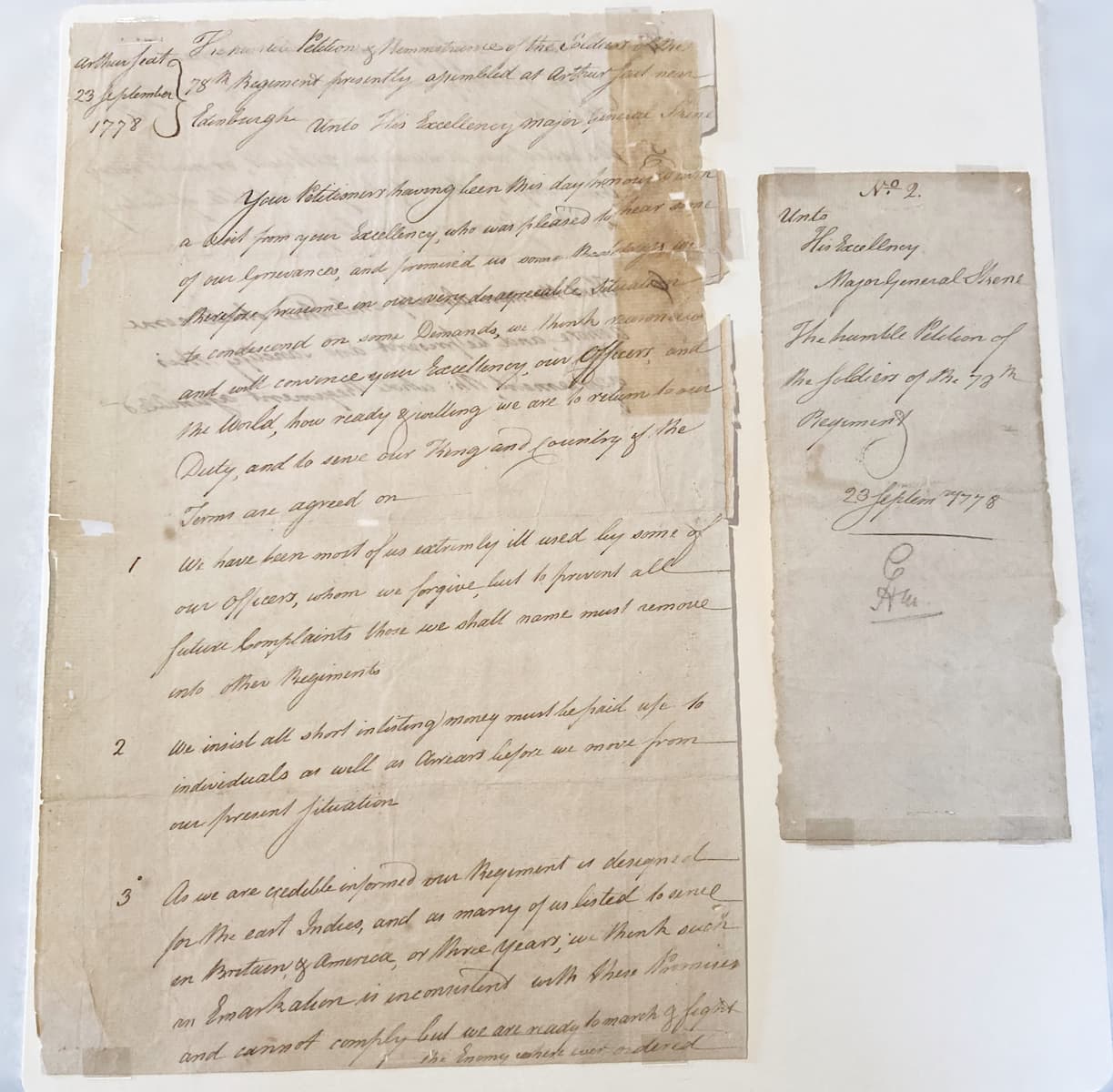 This petition was drawn up in 1778, 69 years prior to the Indian Mutiny; the 72nd Highlanders were protesting against being sent to India, which they believed went against the terms of their enlistment. Three years later, the regiment (which was now known as the 1st Battalion Seaforth Highlanders), sailed for India. During the journey, the Earl of Seaforth, along with 250 Highlander soldiers, died at sea.

THE QUESTION OF COLONIALISM

The Indian Mutiny caused the death of up to 800,000 Indians, and over 6,000 British. From the early 1600s, European powers were colonising the globe, expanding their empires with the intention of financial and political gain. Beginning with the exploitation of Indian commodities through The East India Company, the British colonisation of India resulted in traditional Indian leaders and ways of life being overthrown. The uprising ultimately expressed the desire of Indian soldiers and civilians to return to a pre-colonial India, ruled by Hindu leaders, with political and economic control returned to the Indian people. 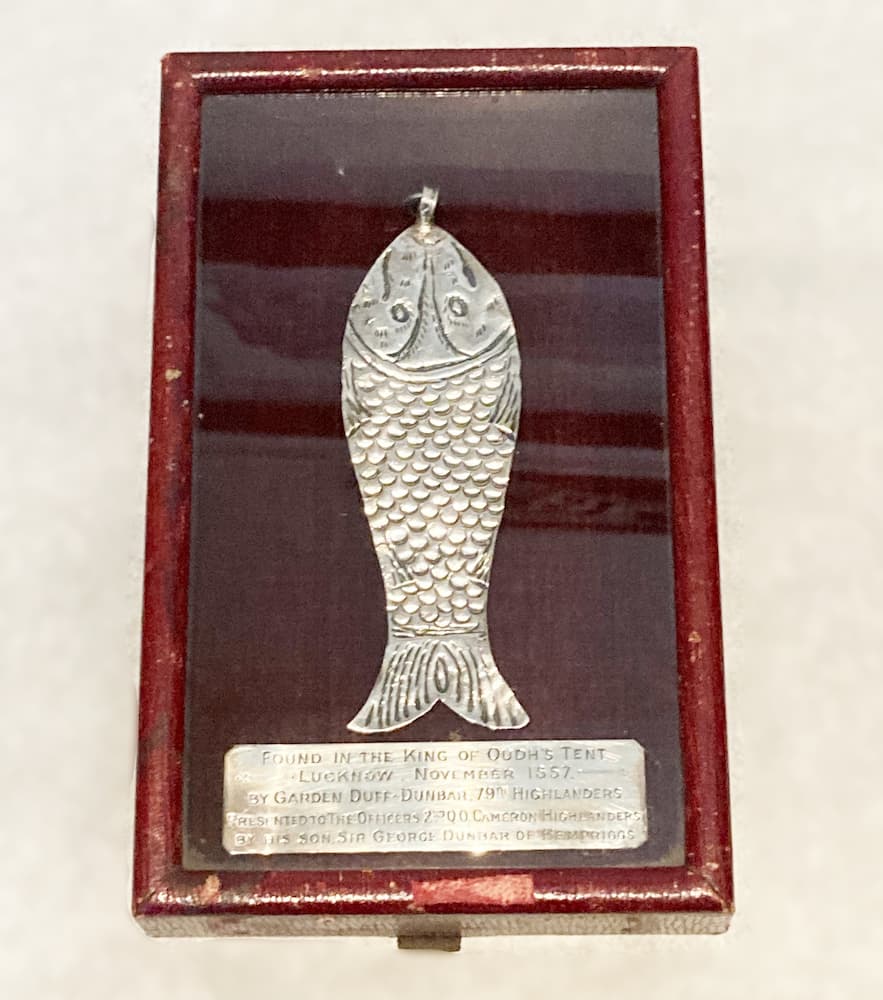 Taken by a Highlander from the King of Oudha’s tent after the fall of Lucknow in 1858. This war trophy is an example of looting, which was common practice throughout history, and particularly during the colonial period; it was not explicitly prohibited by international law until 1949.

The Highlanders, alongside numerous British regiments, were deployed to suppress the sepoy uprising and succeeded in their mission. With better equipment, more weaponry, and a large fighting force, the uprising was eventually suppressed resulting in relative peace.

The Indian Uprising was a resounding victory for Britain. Those involved in the combat were decorated with the Indian Mutiny Medal with clasps for Lucknow and the Defence of Lucknow, and the India General Service Medals. Nonetheless, the Indian Mutiny is also an example of the struggle of colonised people to win their freedom. With the uprising suppressed, the Indian people remained under British rule for another 90 years until they eventually won their independence in 1947.

If you’ve enjoyed this blog post, you can read more about the Indian Uprising. 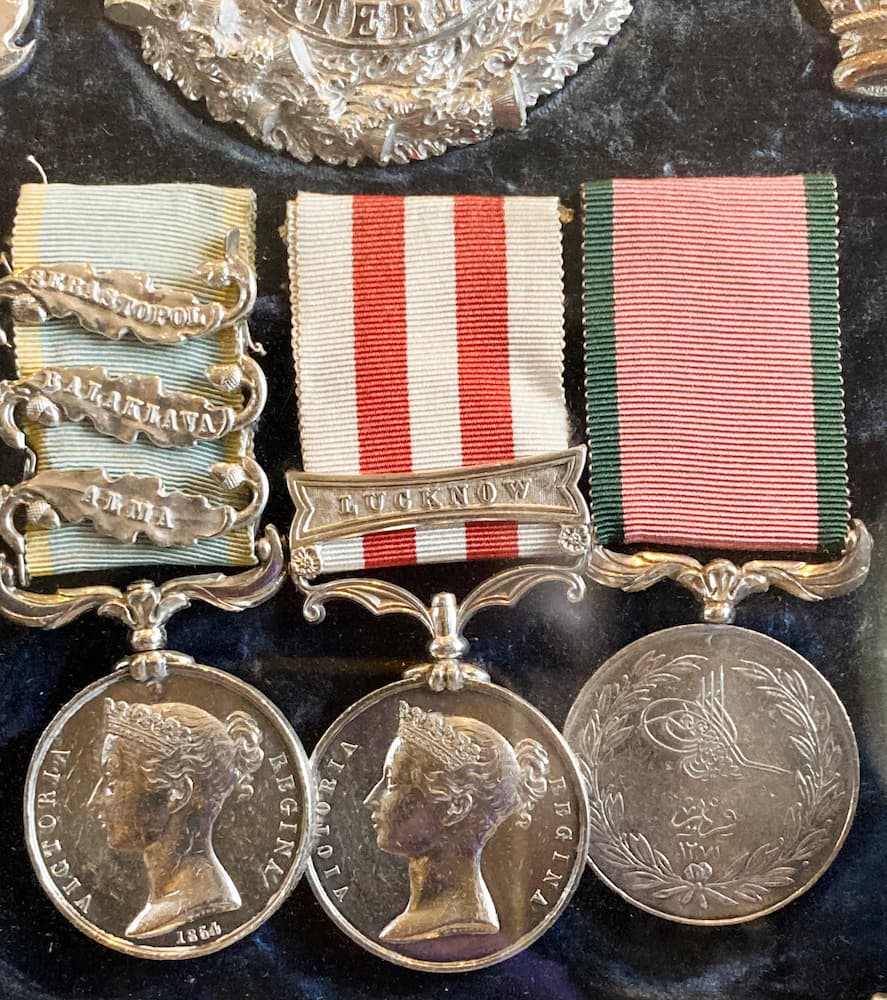 Sir John Douglas was Colonel of The Queen’s Own Cameron Highlanders from 1879 to 1887, and commanded part of the Indian Mutiny. He was awarded the Indian Mutiny Medal with a Lucknow clasp for his contribution to suppressing the rebellion. Following the Mutiny, he was promoted to General in 1880.