AND THE HIGHLANDERS’ MUSEUM

WHAT WAS THE SECOND BOER WAR?

In 1899, South Africa was divided into territories: Cape Colony and Natal were British-owned, and the Orange Free State and Transvaal were owned by the Boers, so it is important to understand who the Boers were: descended from Dutch colonists who arrived in the Cape of Good Hope as early as 1652, the Boers set up rural farming communities in land administered by the Dutch East India Company.

The British colonisation of Cape Colony in 1806 was the start of rising tensions between the British and the Boers. By 1867 the discovery of gold and diamonds in Boer territories triggered the British to further expand the Empire to include the Orange Free State and Transvaal. Having rejected an ultimatum from the Boers to remove the British presence in South Africa, the Second Boer War commenced on 11th October 1899. 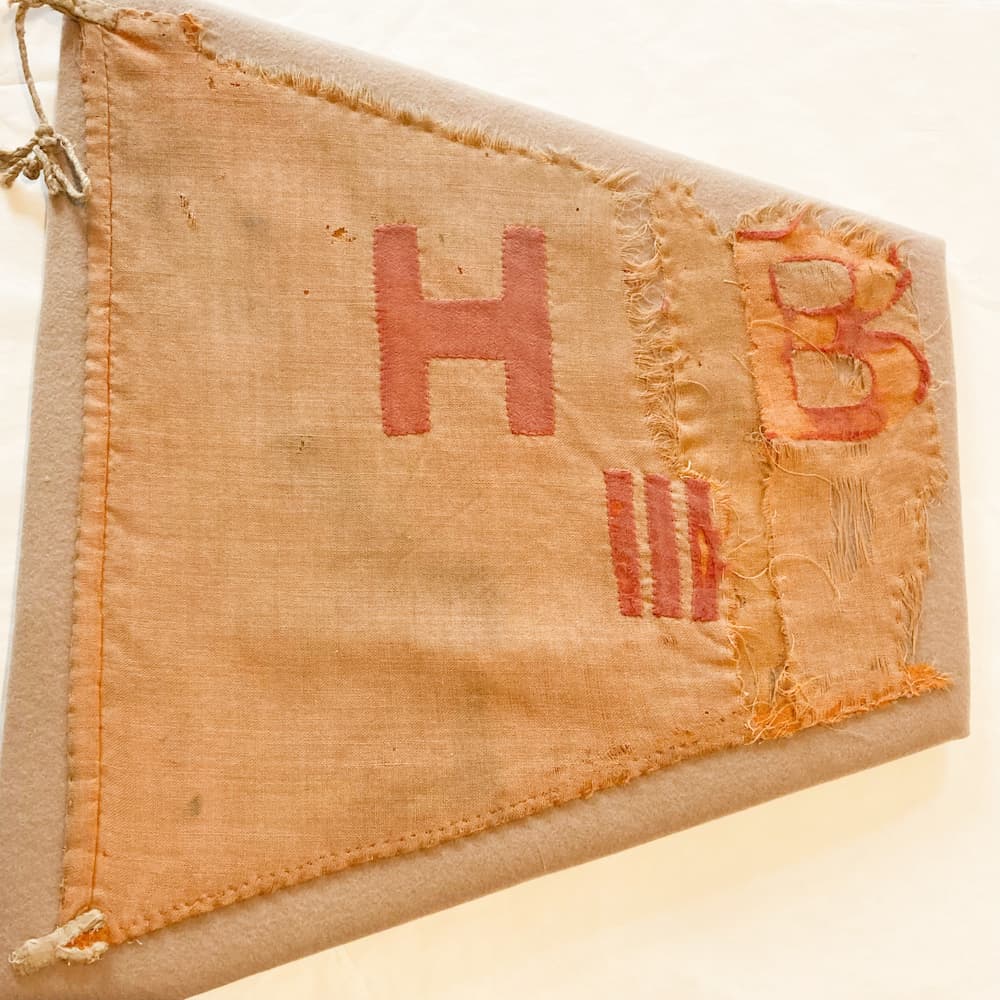 This pennant was flown by the 2nd Battalion Seaforth Highlanders as part of the Highland Brigade (HB) during the Boer War. Following Black Week, the Battalion was reinforced and took part in heavy fighting at the Battle of Paardeberg in February 1900.

THE HIGHLANDERS IN SOUTH AFRICA

The 2nd Seaforth Highlanders sailed from Glasgow to Cape Town on 20th October 1899 with orders to mobilise. Advancing under the cover of darkness at Magersfontein on 11th December 1899, the Seaforths were taken by surprise by Boer tactics, whose trenches were dug 150 yards forward of the hills, contrary to Lord Methuen’s predictions. 69 Seaforths were killed on this day. They went on to fight at Paardeberg and Retief’s Nek. Seaforth Sergeant John Mackenzie was awarded the Victoria Cross whilst serving in Ashanti in 1900.

The British needed to address the Boer’s tactics, and the Lovat Scouts provided a solution. A regiment raised from stalkers, ghillies, and shepherds of the Highlands, they transformed intelligence gathering in South Africa and played a vital role in Britain’s victory. 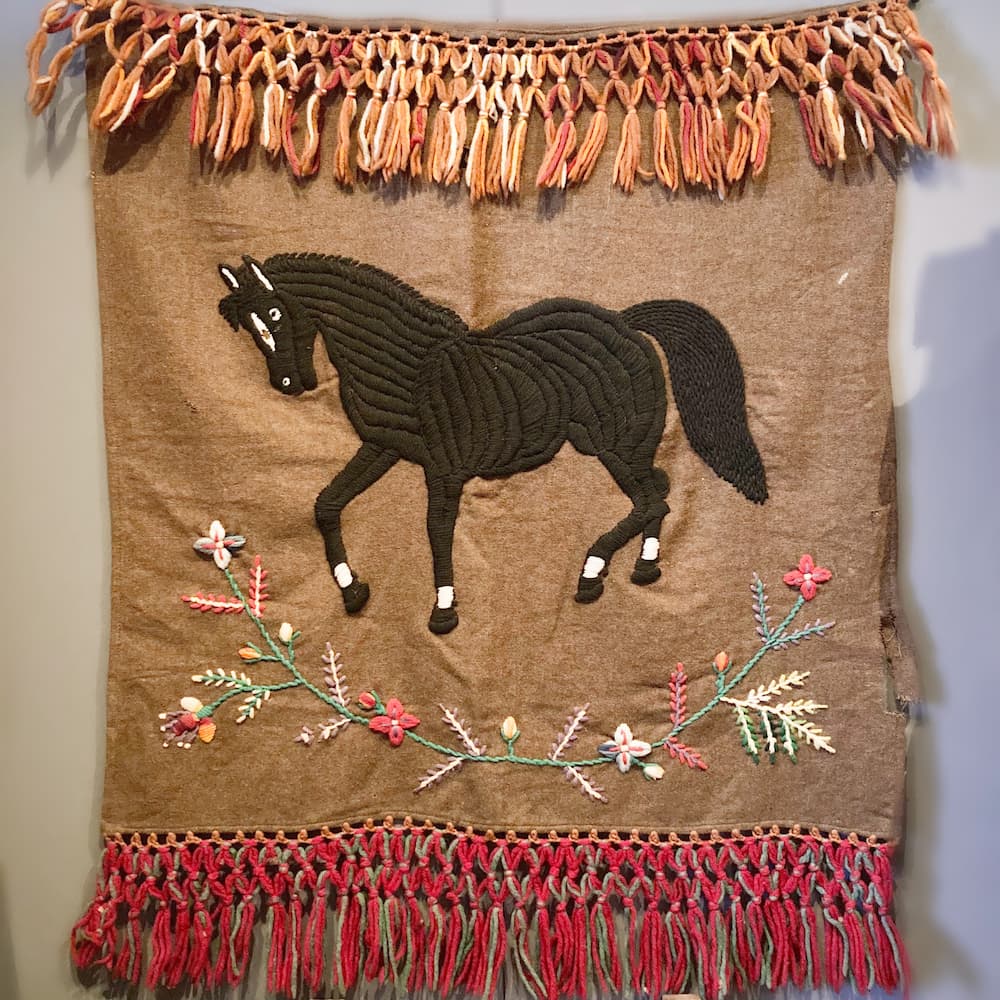 This antimacassar, or chair cover, was taken from an abandoned Boer farmhouse by a Lovat Scout during operations in 1900.

The Second Boer War is a controversial topic in the history of the British Army.

After the fighting began, the Boers’ strength and tactics came as an unwelcome surprise to the British. In what is now known as ‘Black Week’ in December 1899, the British were defeated at Magersfontein, Colesberg, and Stormberg. After initial Boer success, the drastic difference in numbers (88,000 Boers vs. 500,000 British) began to take its toll. So, by the end of 1900, the Boers reverted to Guerrilla warfare. In response, the British adopted a scorched-earth policy which involved destroying anything that could be used to the Boers’ advantage including farms, crops, and homesteads, whilst putting civilians into concentration camps. Tens of thousands of Black Africans were also placed into concentration camps.

When news of British tactics (particularly the treatment of Boer women and children) reached the UK, there was national outrage that attracted the attention of humanitarians such as Emily Hobhouse. 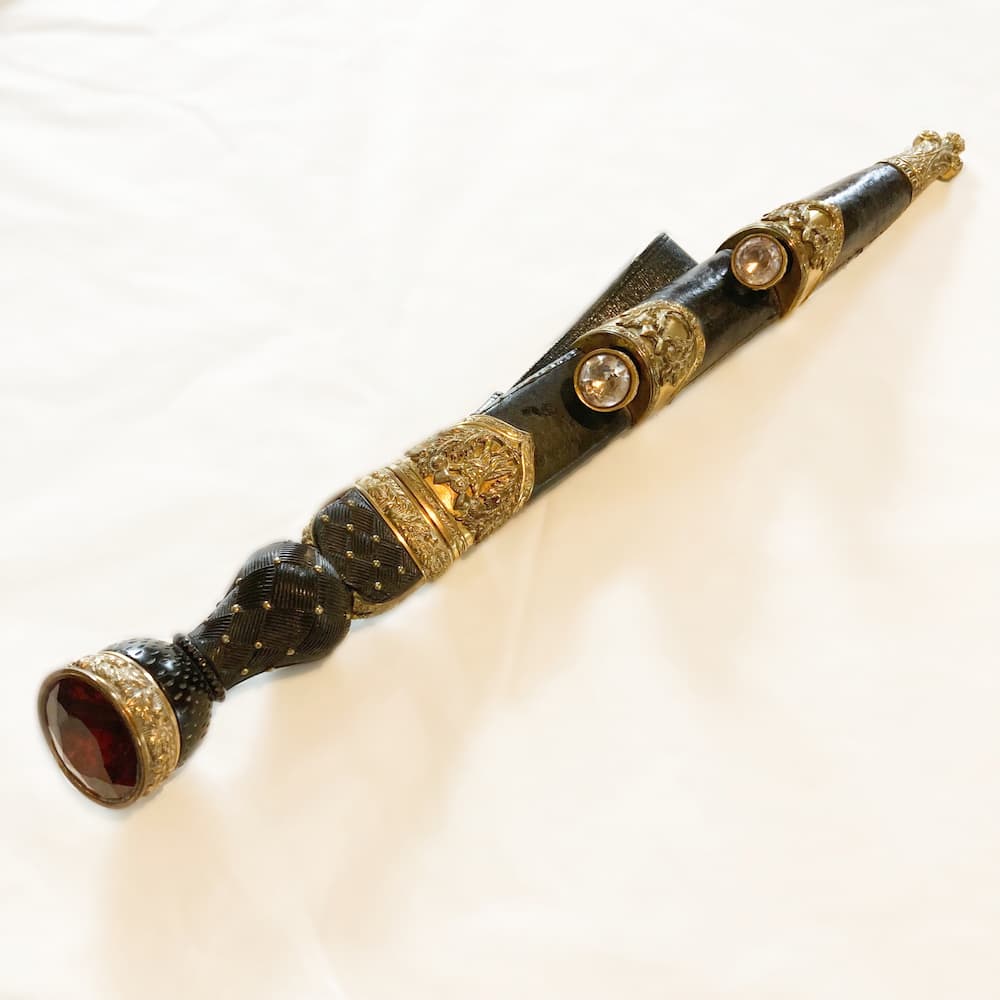 This is an Officer’s dirk (a long-bladed thrusting dagger) which belonged to Captain A. W. M. Brodie of the 2nd Battalion Seaforth Highlanders. Brodie was one of six Seaforths killed during Black Week at the Battle of Magersfontein during the Second Boer War.

Louis Botha and General Smuts signed the Peace of Vereeniging treaty on the 31st of May 1902 on behalf of the Boers. Initially reluctant to surrender, the enormous loss of life on both sides eventually forced a conclusion to the Second Boer War. Although the treaty promised local self-government in Boer states, it also included British ownership of gold and diamond mines, and crucially, the alliance of Boers and the British against Black Africans.

Nearly 100,000 lives were lost during the Second Boer War, over a quarter of which are estimated to have been Boer women and children who died in the concentration camps from malnutrition and disease.

Soldiers and civilians alike lost their lives in this brutal war that is now widely condemned for its controversial tactics and imperial motives. 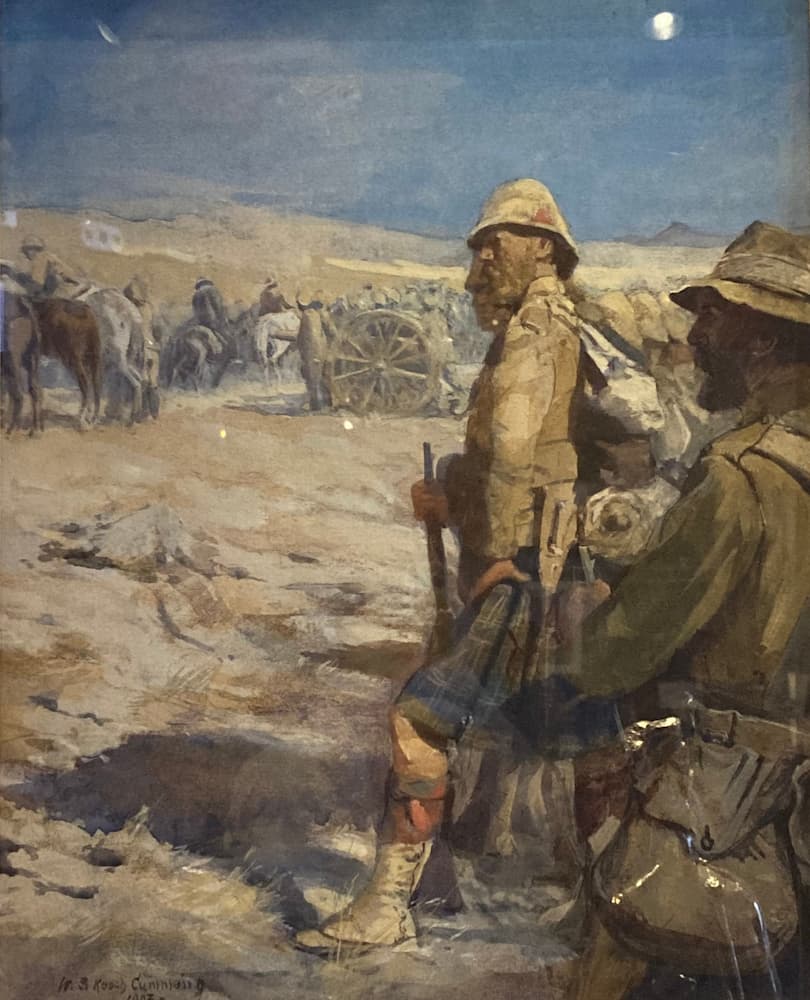