SECRETS OF… THE SILVER STORE

‘Secrets of…’ is our newest instalment of blog posts where will be introducing treasures in the museum collection that are not currently on display. The Highlanders’ Museum has over 50,000 objects; sadly, not all of these can be on display at the same time. This series of blog posts will guide you through the Silver Store, the Photography Archive, the Weapons Store and beyond, sharing the hidden stories of some of our most fascinating objects.

During this period, the 1st and 3rd Seaforths were stationed in Cairo, whilst (to the dismay of many) the 2nd Battalion were fighting in the Second Boer War in South Africa. It was rare for a Regular and Militia battalion to serve together, and the occurrence is commemorated by this exceptional chalice.

The chalice is decorated with a panel depicting two soldiers shaking hands, one of whom is wearing a kilt. It also contains large, decorative thistles and the Seaforth badge on the reverse. 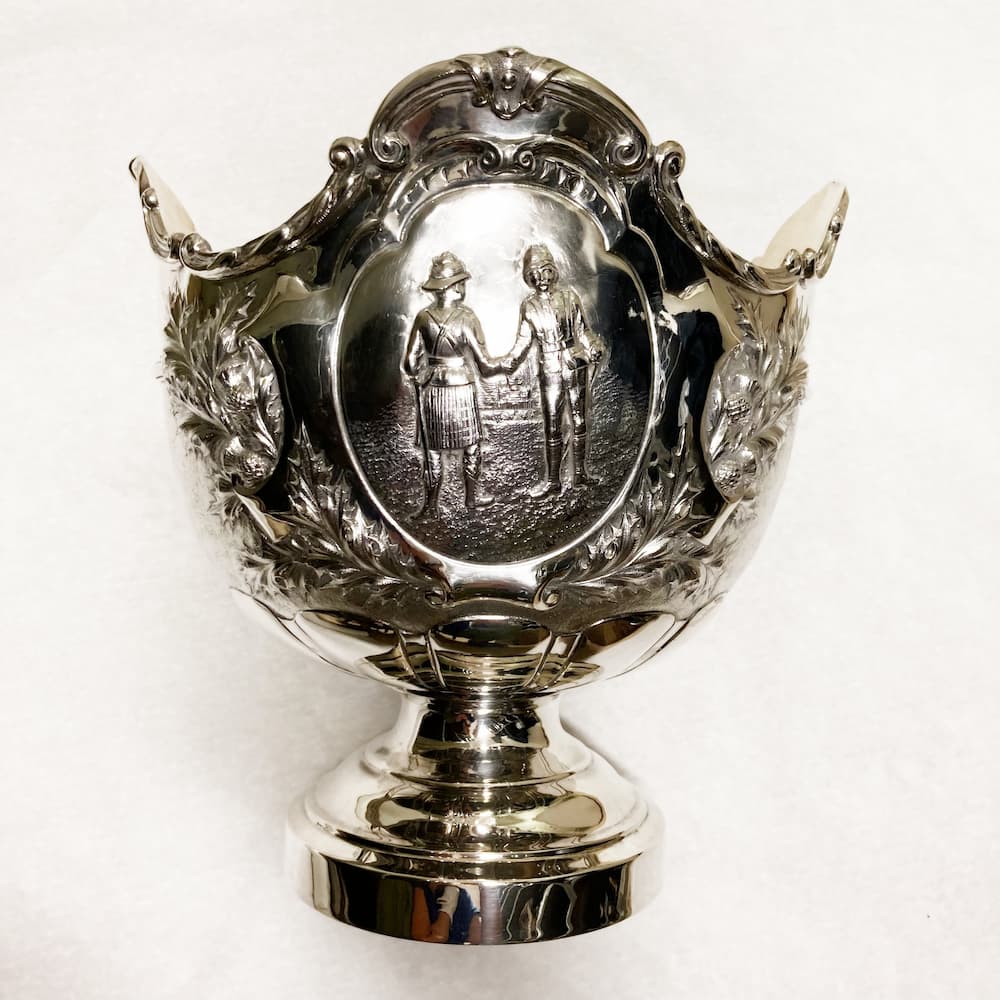 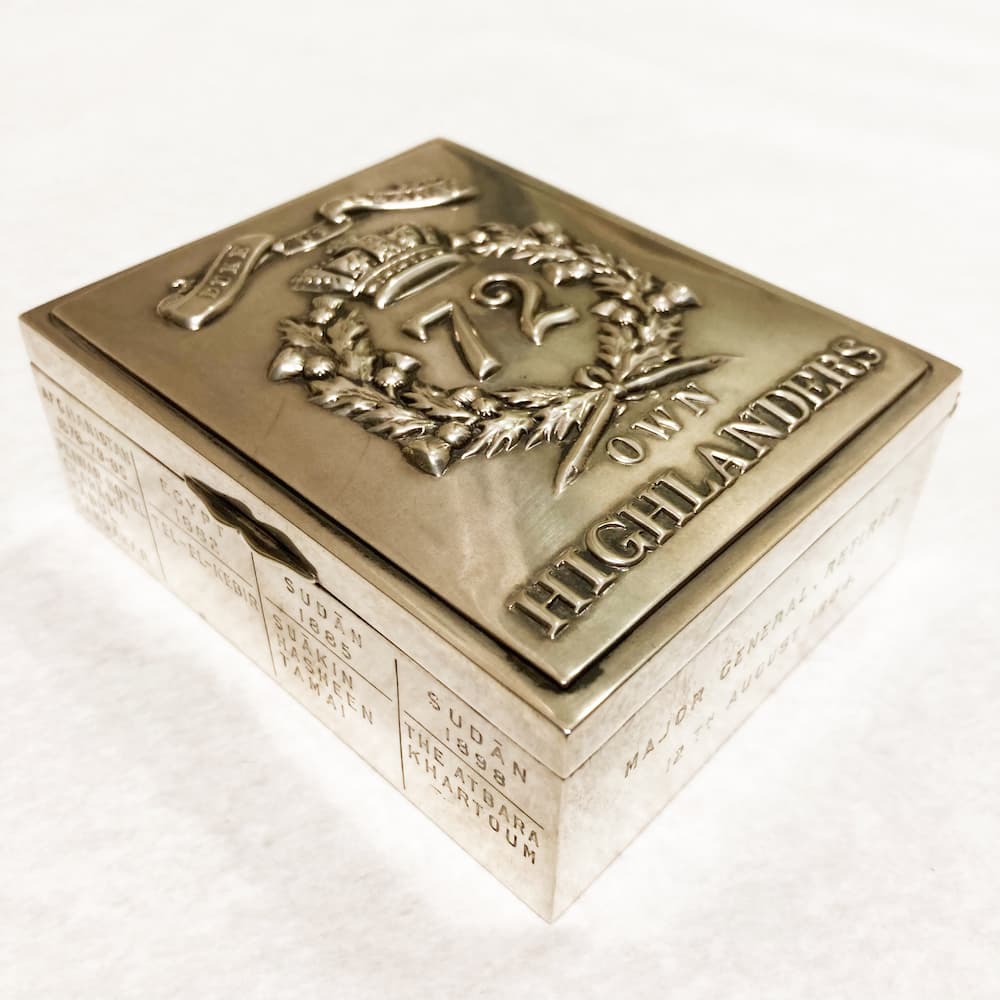 The lid of this box is formed from a breast plate from the uniform of Major General R H Murray, who served in the 72nd Highlanders (Duke of Albany’s) from 1867 to 1904. The plate was manufactured in Birmingham in 1855 by Joseph Jennens & Co. who specialised in the manufacture of military buttons and ornaments.

All four sides of the box have engraved inscriptions. The origins of the box are explained in an engraving on one side:

“This box was made from the silver obtained from the melting of my lace, the lid being my original breast plate, RH Murray, Major Gen. 7/11/05” (“lace” is a type of material made from metal or metallic threads often used to embellish military uniform).

Field Marshal Sir Patrick Grant was Colonel of the 78th (Highlanders) Regiment of Foot from 1863 to 1881, and of the 2nd Battalion Seaforth Highlanders from 1881 to 1885.

This unusual leather shield was taken during the Battle of Magdala, part of the British Expedition to Abyssinia in 1868. In the aftermath of the battle, the fortress of Magdala and local churches were looted by the Duke of Wellington’s Regiment. It is unclear how the shield came into Grant’s possession, however in February 1864, he was appointed to a Royal Commission which aimed to establish the value of objects looted during war, such as this Ethiopian shield. 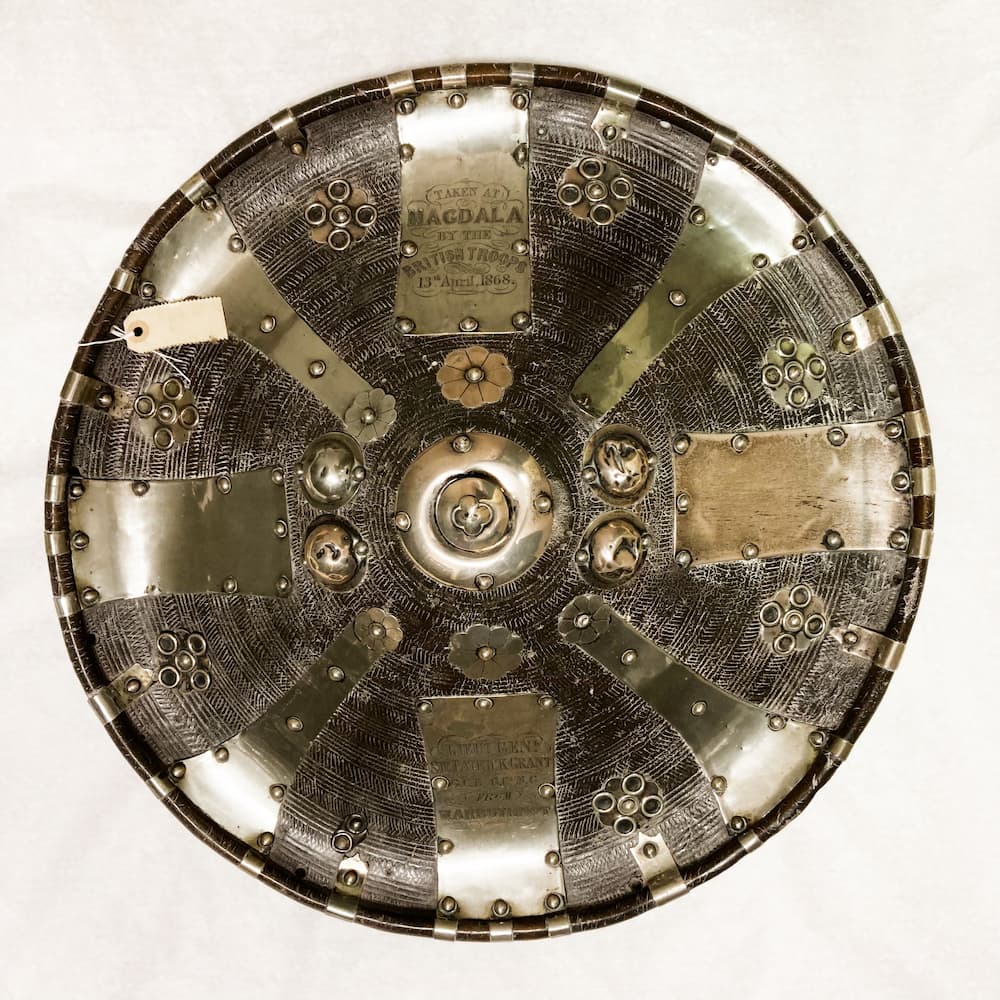 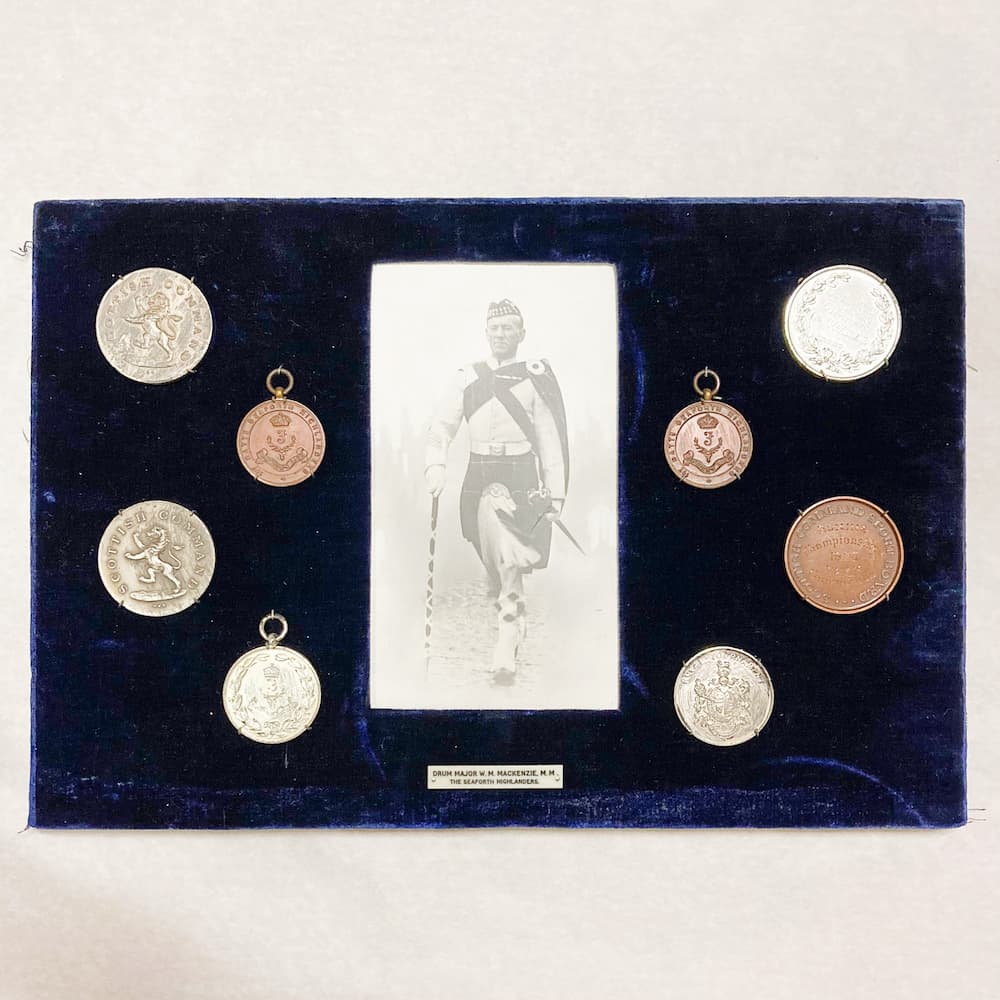 The plaque contains medals for the Scottish Command Tug of War, the Royal Tournament Championship of 1920, and the Scottish Command Sports Board Boxing. While some medals do not specify the sport for which they were won, they simply contain the title ‘1st Battalion Seaforth Highlanders’ or the regimental cap badge.

Surprisingly, not everything in the Silver Store is made from silver! It houses hundreds of decorative metal objects like this mesmerizing brass and enamel box.

The box was purchased in a bazaar in Kabul, Afghanistan, by Sir Hugh Henry Gough in c.1880. Gough was a General of the British Indian Army and was awarded a Victoria Cross during the Indian Uprising of 1857, fighting alongside the 1st Bengal European Light Cavalry.

The 72nd Highlanders fought a tireless yet successful battle during the Occupation of Kabul from 1879 – 1880. A paper label attached to the box notes that Gough took the brass and enamel box on the march to Khandahar, a turning point in the war which led to the defeat of the Afghan Army. 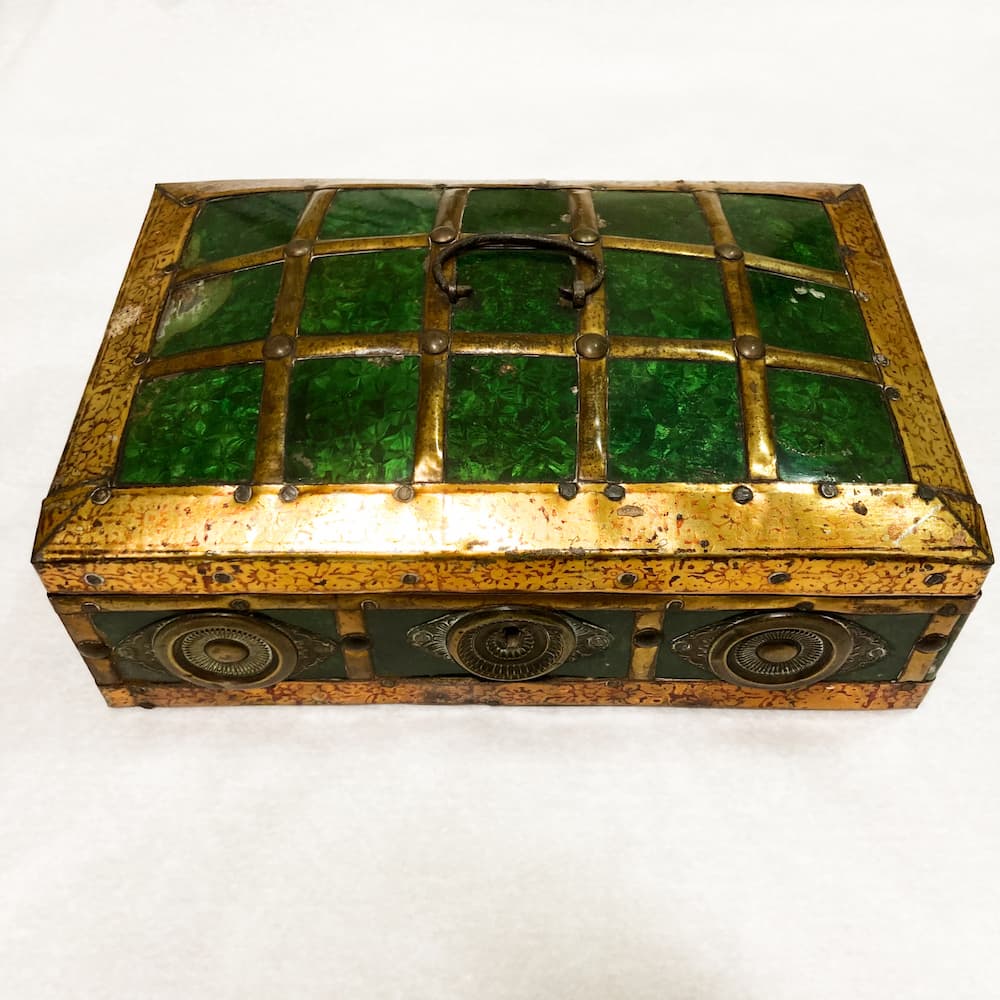