SECRETS OF… THE WEAPONS STORE

In this edition of ‘Secrets of…’ we’re delving into the weapons store at The Highlanders’ Museum. From swords and daggers to pistols, rifles, and machine guns, the store is bursting with secrets waiting to be uncovered. From edge weapons to firearms, this blog post uncovers some of the most fascinating weapons hidden inside the store. Note: all firearms in The Highlanders’ Museum collection have been disabled in the interest of safety.

This Talwar (also spelled talwaar or tulwar) is a curved sword or sabre from India, whose names translates as ‘one-edged sword’ in Sanskrit. The Talwar can be distinguished by the all-metal hilt, integral quillons, and disc-shaped pommel. This particular example would have been collected in the late eighteenth century by a soldier of the 72nd Highlanders; the regiment was stationed in India from 1781 – 1798. A largely colonial campaign, the 72nd were on service with the East India Company and received the battle honours Carnatic, Hindoostan, and Mysore during this period.

Invented in Europe in 1550, this Flintlock Musket is one of the oldest firearms in the Museum collection. ‘Flintlock’ refers to the use of a flint striking ignition mechanism, which created the spark inside the firing pan allowing the weapon to discharge.

The invention of the Flintlock Musket replaced the Heavy Musket (also known as a Heavy Arquebus) that fell out of fashion following the development of this more effective weapon. Consequently, Flintlock Muskets were used by most European armies from around 1660 to 1840. The musket was designed to be fitted with a bayonet; they were fired in mass volleys which were followed by bayonet charges. By the 1850s, the Flintlock Musket had been replaced by the modernised Enfield Pattern 1853.

The Chinese Type 56 Assault Rifle, known as an AK-56, is a variation of the more widely-known Soviet-designed AK-47. This example has a spike bayonet which folds into the body of the weapon. Created in 1956, the rifle has been used extensively in conflicts across the modern world.

It is likely that this particular example was used or collected by a soldier of the Queen’s Own Highlanders (or The Highlanders) during the Yugoslav Wars that lasted throughout the 1990s. The weapon has three primary variants: Type 56, Type 56-1, and Type 56-2.

A Heavy Machine Gun (often abbreviated to HMG) is a non-portable, belt-fed machine gun that uses magnum cartridges. When used, it is usually mounted on to a stable weapons platform providing formidable fire power; it was typically managed by a team rather than an individual due to its weight, power, and recoil.

The WWI example in the Museum’s store has multiple tears through the barrel support, bearing the scars of action from the Great War. This weapon was originally classified as ‘heavy’ as it could not be transported by infantrymen. This model of HMG is not to be confused with the later M2 Browning which is more powerful and has a greater range. 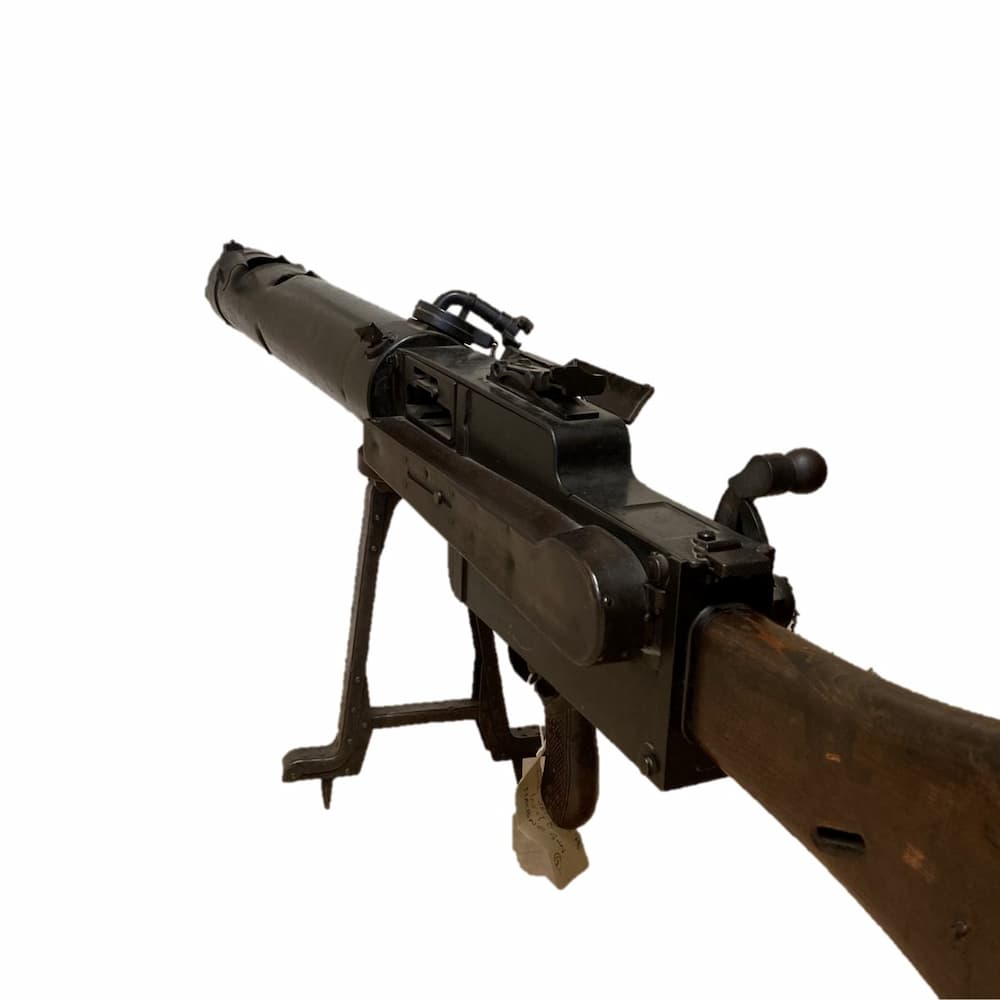 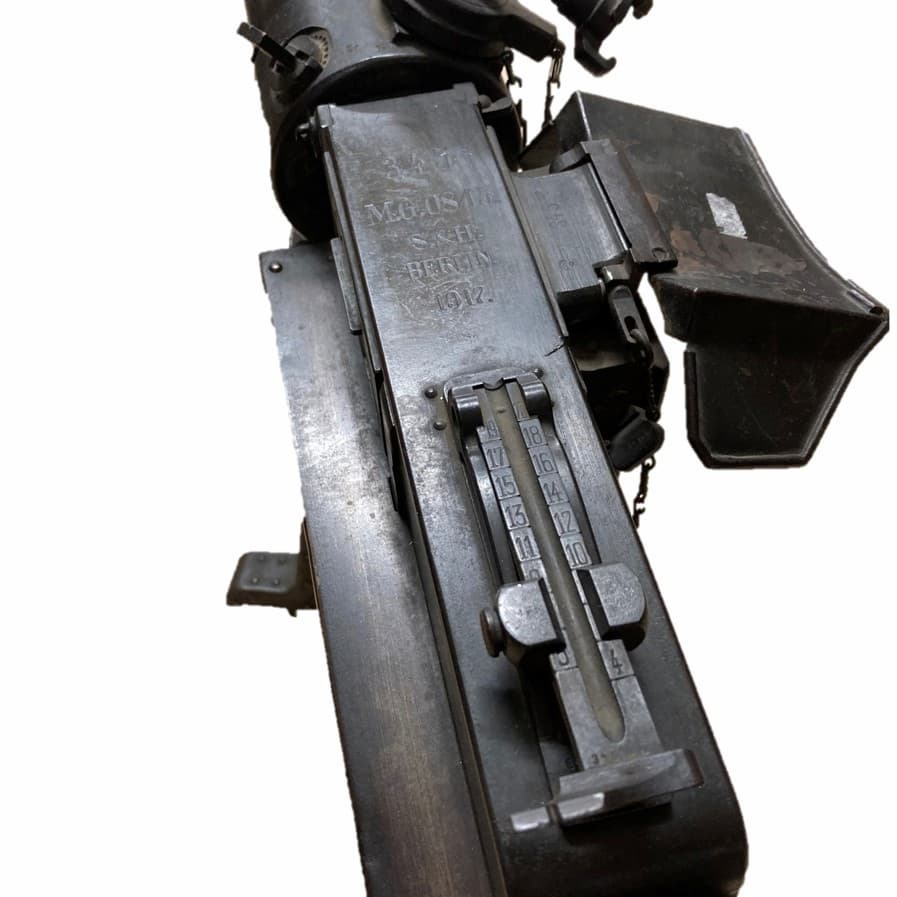 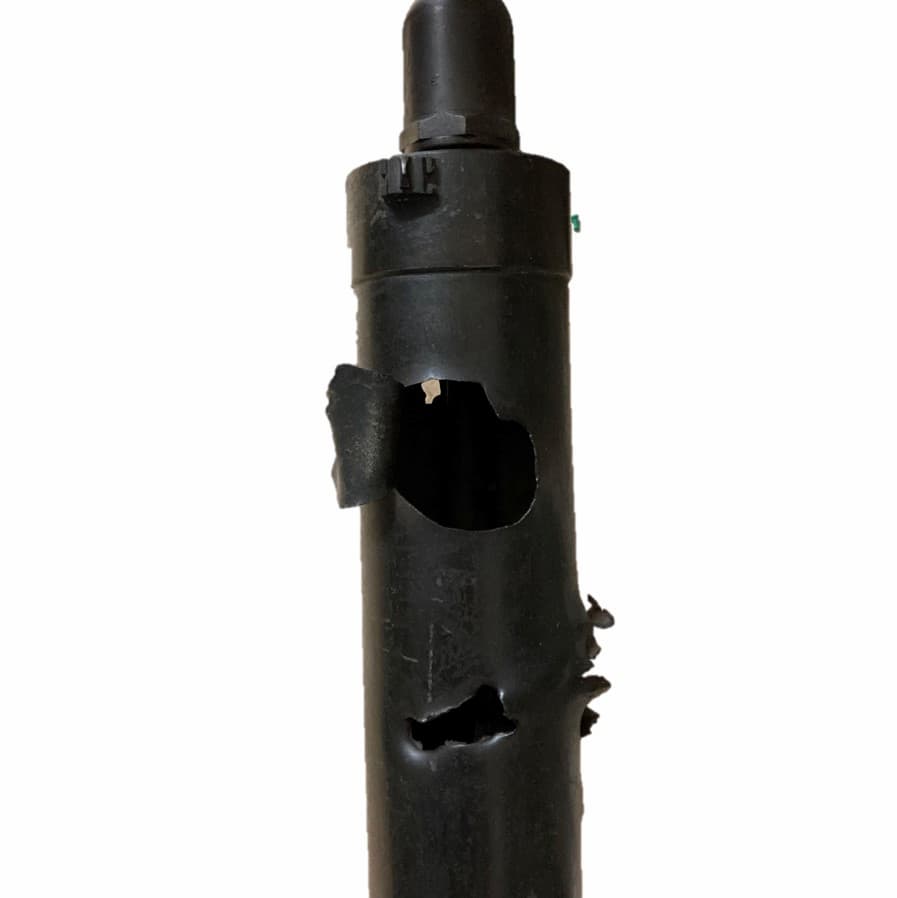 A Kris Dagger is a distinctive weapon originating from Java in Indonesia, identifiable by its asymmetric, wavy blade. The blade, hilt, and sheath of the dagger are all considered individual pieces of art owing to the exceptional craftsmanship and often precious materials. This is an example of a less intricate decorative design. These weapons are also considered spiritual and are therefore used as talismans, or as an accessory for ceremonial dress.

This Kris Dagger was donated to the Museum following service with the Queen’s Own Highlanders in East Asia during the 1960s. This example is from Malaysia. 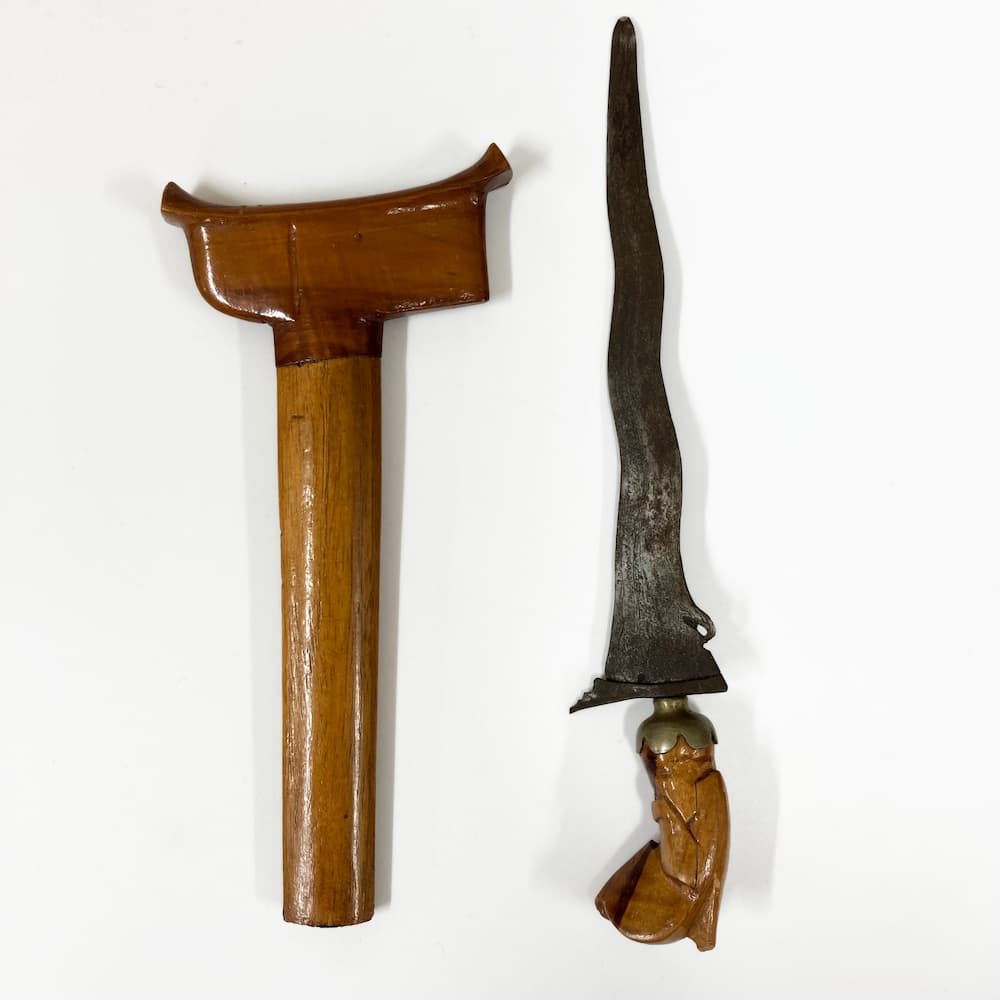