WHAT WAS THE SUDAN CAMPAIGN?

One of our previous Collection Close-ups looked at the Anglo-Egyptian War, which resulted in Egypt being simultaneously self-governed and ruled by the British; this alliance ultimately led to the Anglo-Egyptian conquest of Sudan, also known as the Sudan Campaign.

As revenge for the death of General Gordon in 1885, Britain was keen to re-take Sudan. Ultimately, the threat of Sudan being invaded by neighboring French, German, or Italian colonies proved too much, and the alliance invaded Sudan on the 4th June 1896 under the leadership of Brigadier Herbert Kitchener, Sirdar of the Egyptian Army.

This Sudanese snuff box (pictured) was found on the battlefield of Atbara; the note inside the lid of the box says it was picked up on the 8th of April 1898, and contains a piece of the staircase of General Gordon’s Palace in Khartoum, taken on 4th September 1898 by Private J White. The alleged piece of staircase is no longer inside the box. 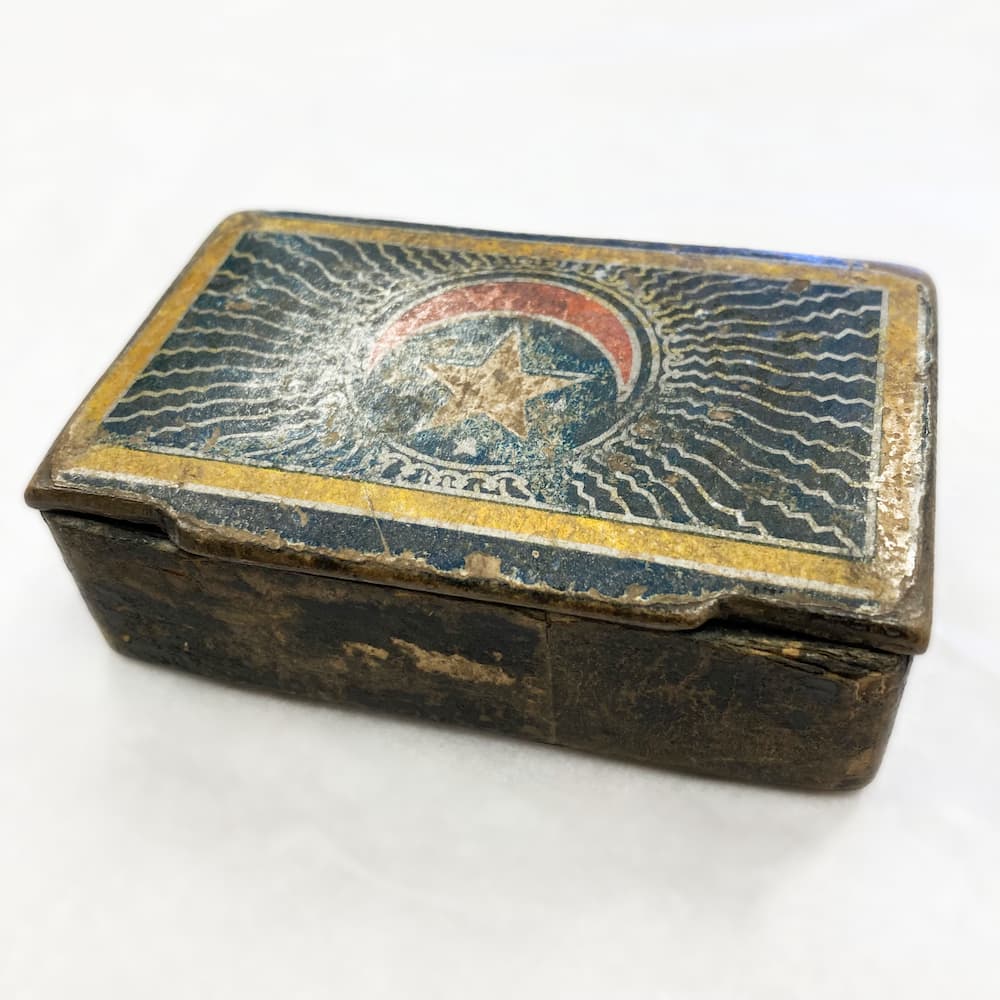 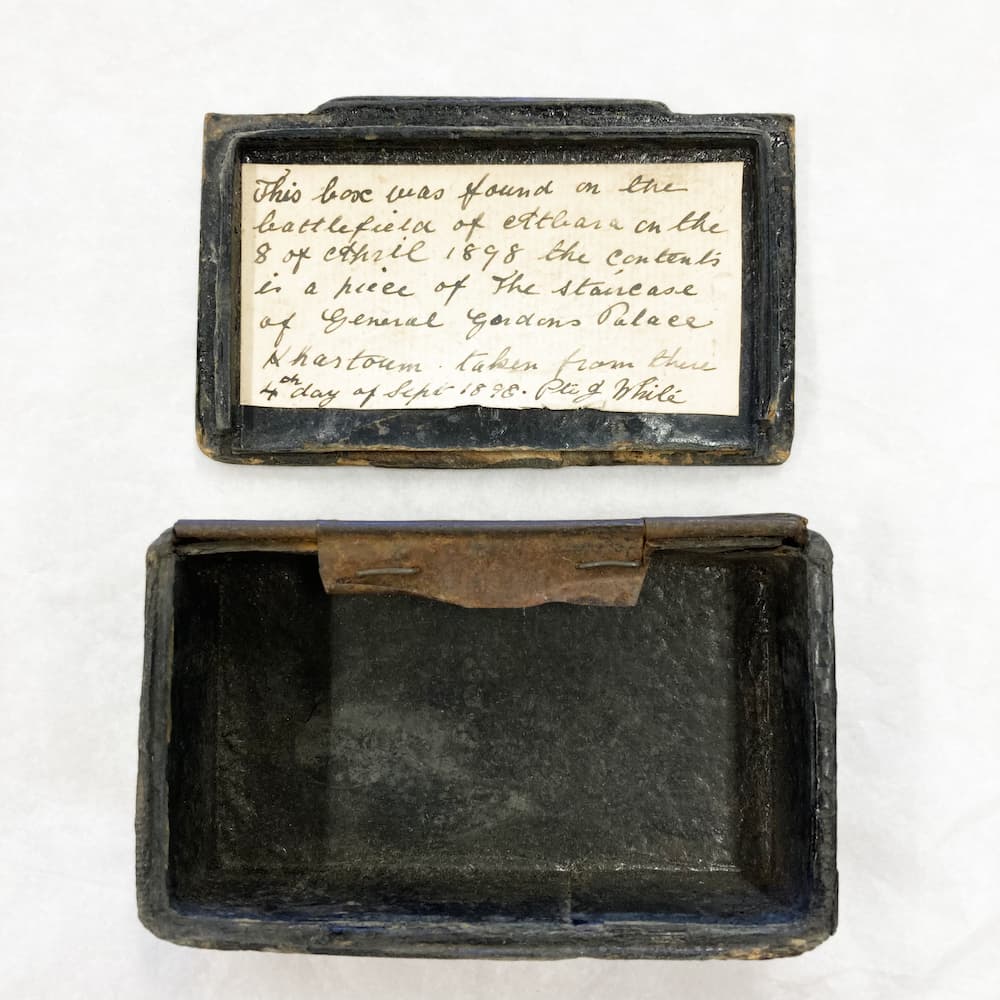 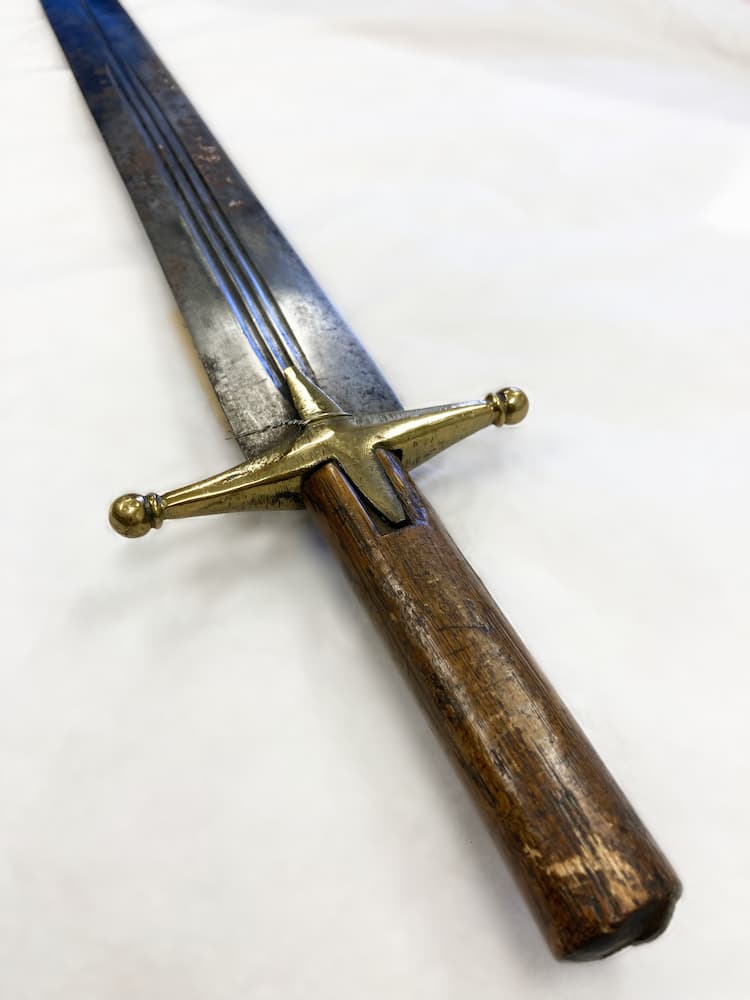 Over the next three years Kitchener progressed slowly but surely through Sudan, with a victory at Omdurman that saw the Mahdists weakened to breaking point.

It is a little-known fact that throughout the Sudan Campaign, thousands of Sudanese soldiers, who had been enslaved into the Egyptian army during the rule of Mohammed Ali, were used to fight against Sudanese Mahdists for the Anglo-Egyptian cause.

By March 1899, Sudan and the Mahdist state had been defeated, and Anglo-Egyptian rule was re-established. This saw the British Empire and the Kingdom of Egypt maintain ruling power over Sudan, although Britain had de facto control over the territory.

This sword, recorded in the collection as a Dervish sword, was used by a Mahdist soldier in either the Battle of Atbara or Omdurman.

It was not until the Battle of Atbara in 1898 that British soldiers were brought in to reinforce Anglo-Egyptian forces.

The 1st Battalion Cameron Highlanders has undertaken an Expedition to Khartoum in 1884, and remained there alongside the Sudan Frontier Field Force until 1886. When Kitchener’s forces reached Berber in central Sudan, they were met with a ferocious Dervish army, prompting Kitchener to call for reinforcements. The Camerons returned in 1898, and fought at the Battle of Atbara, where they lost eighteen men including three officers.

Having fought at Tel-El-Kebir, the 1st Battalion Seaforth Highlanders returned to Egypt and Sudan in 1898, also fighting at Atbara and Omdurman. Following the Sudan Campaign, the 1st Seaforth remained in Egypt until 1903.

Pictured is the Khedive’s Sudan Medal with Khartoum and The Atbara clasps – this medal was awarded to Private W Green of 1st Cameron Highlanders, who served in Sudan in 1989 (the medal is pictured here alongside the Queen’s Sudan Medal, 1899). 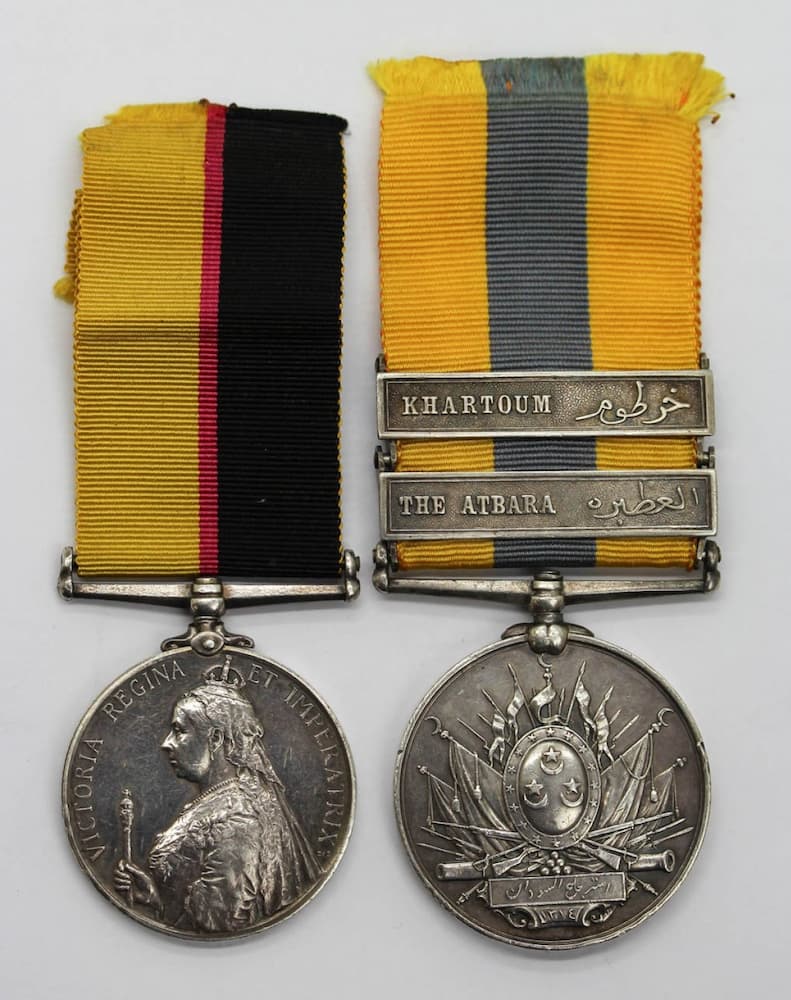 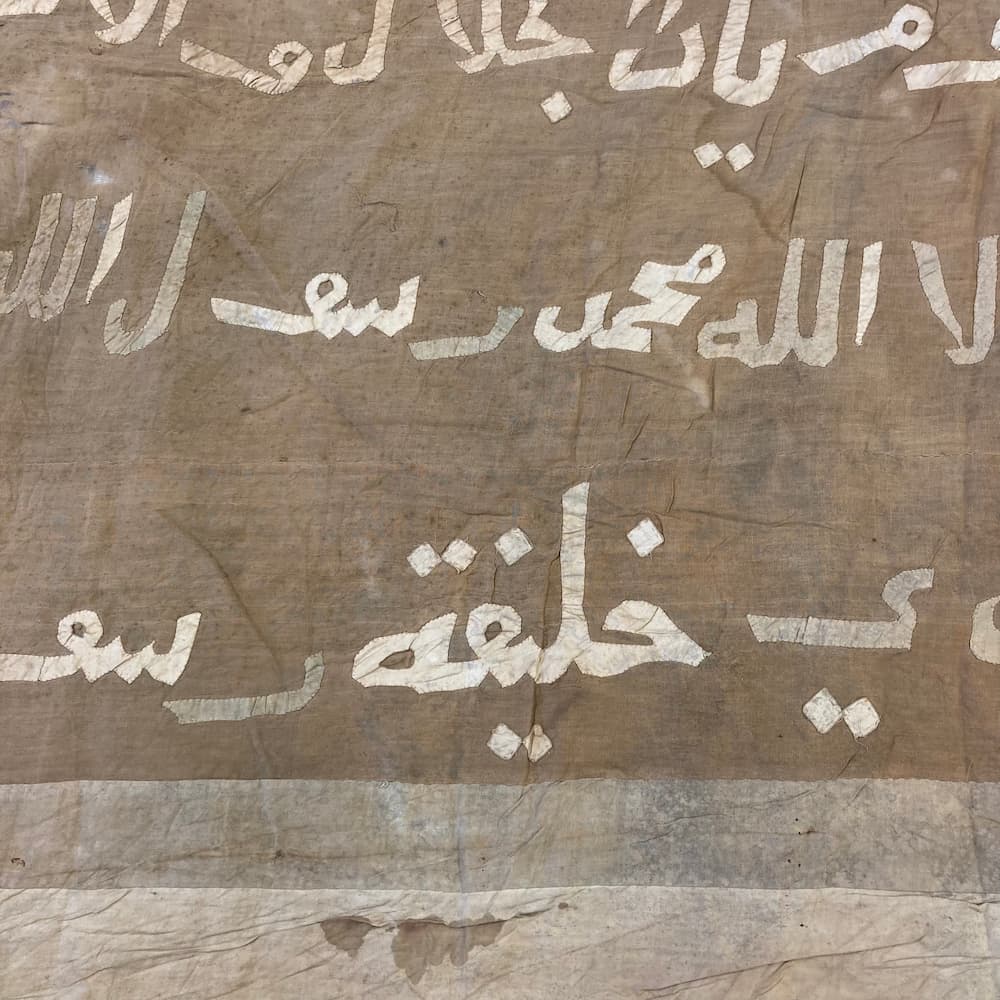 On the 4th September 1899, Kitchener and regiments under his command entered Khartoum, where British and Egyptian flags were raised. There was also a short ceremony in memory of Gordon, near the location of his death.

The Mahdist sustained huge losses at the Battle of Omdurman alone; it is estimated that around 10,000 were killed, 10,000 were wounded, and 5,000 were taken prisoner. Conversely, the Anglo-Egyptian army saw only 47 deaths. The disproportionate force used to take Sudan is why the campaign is considered a ‘Little War’ (you can read more about this on our website blog); a relatively easy victory propelled by automatic weapons and seemingly endless reserves of troops from Egypt, Britain, and Sudan itself.

Following the Campaign, Mahdism became extinct, and Sudan remained under Anglo-Egyptian rule until 1956.

This close-up shows the flag of the Khalifa Abdullahi, successor to the Mahdi as religious leader of Sudan, and was captured at El Gedid on 24th November 1899. It was presented to the Queen’s Own Cameron Highlanders by the 9th Sudanese Battalion of the Egyptian Army, with whom the Camerons served from 1895-99. The Arabic inscription on the flag reads “In the name of the most compassionate and merciful. Thou living, thou existing and most glorious source of generosity there is no God but God. Mohammed is the messenger of God. Mohammed El Mahdi is the Khalifa of the messenger of God.”