THE BATTLE OF JERSEY

THE 78TH (HIGHLAND) REGIMENT OF FOOT

WHAT WAS THE BATTLE OF JERSEY?

The island of Jersey is located 14 miles off the northwest coast of France. For centuries, the island nation has been at the centre of dispute between the UK and France. A complex history of ownership (Jersey was part of the Kingdom of Normandy pre-1066, controlled by the kings of England for the next three hundred years, and is now considered a self-governing Crown Dependency) has defined the island’s tumultuous past.

The Battle of Jersey was a conflict of the American Revolutionary War. The French, convinced that Jersey should be ruled by France and unsettled by the threat that British rule posed to shipping routes between France and America, invaded on 6th January 1781. Allied by the newly formed United States (America was known as the United Colonies until the country gained independence from the British on 4th July 1776), this invasion followed a recent unsuccessful attempt in 1779. 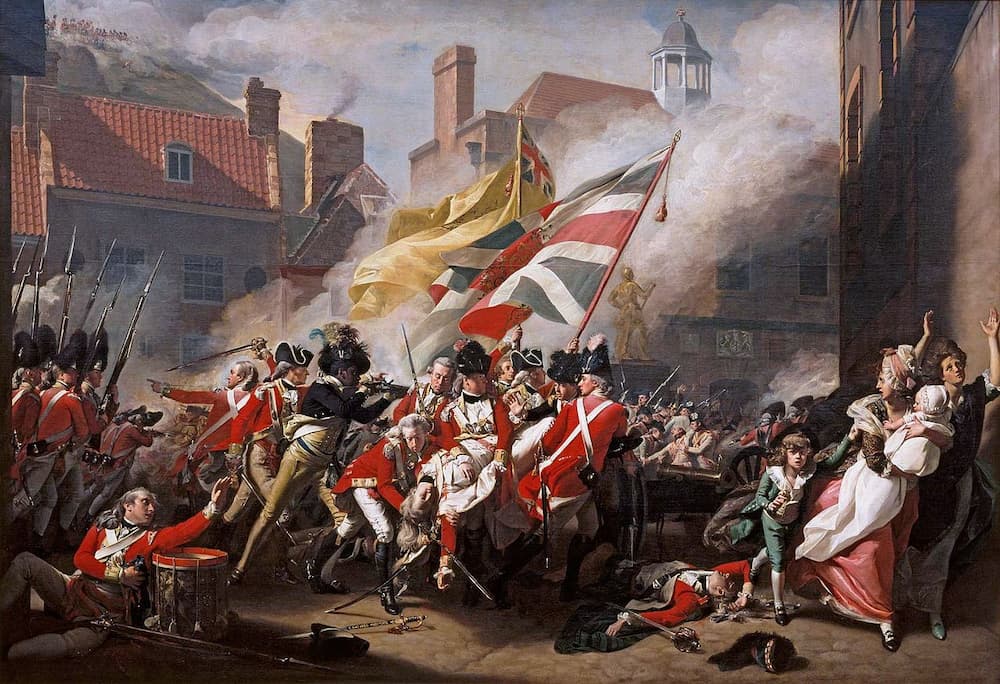 Since 1336, the island of Jersey had a consciptred militia. King Edward III ordered Thomas de Ferrers, Warden of the Isles to gather “all men capable of bearing arms, and to form them into companies of thousands, hundreds and twenties, and to lead them well-armed and arrayed for the defence of the islands”. In 1780, the force was comprised of over 3,000 men from eight British regiments. Click below to reveal the regiments involved: 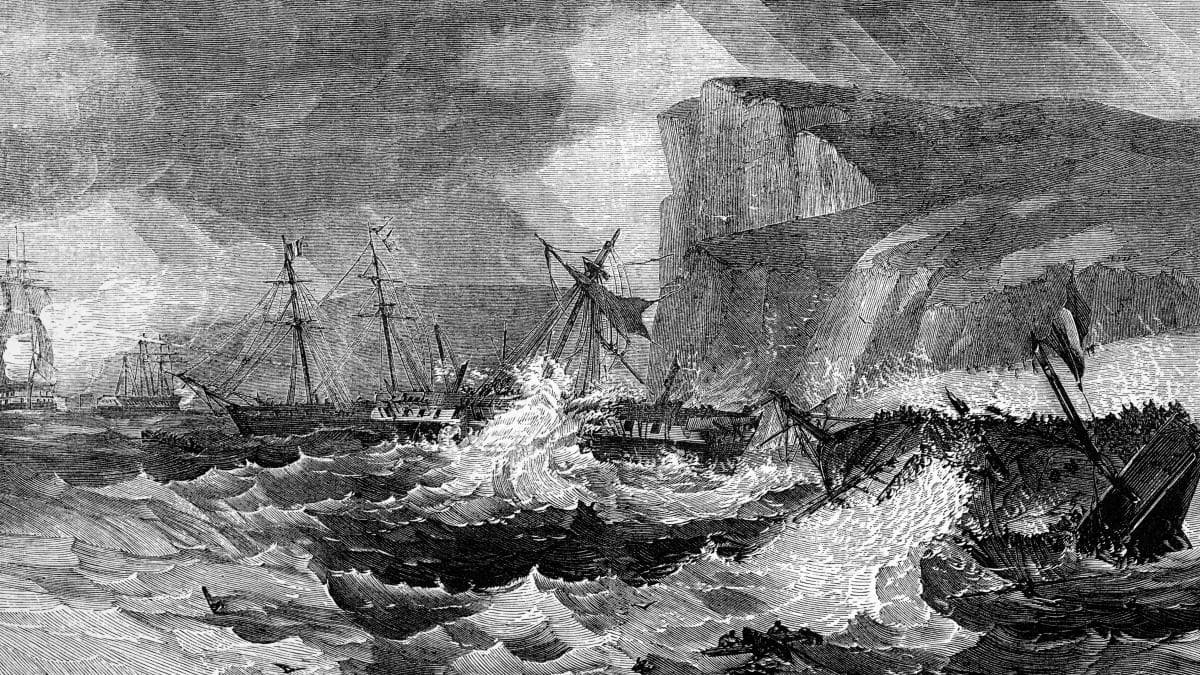 On 5th January, 1,200 French troops departed Jersey. Of the second division, 400 French soldiers were wrecked and lost on the rocks; other divisions managed to arrive and boost their numbers to 1,400. Arriving in the early hours of the morning, under the cover of darkness, and unnoticed by British guards, the French captured the island’s governor, Major Moses Corbet and forced him to surrender.

As the French attempted to take Elizabeth Castle, they produced Corbet’s signed surrender; the order was ignored by the British troops, who opened fire, sparking the Battle of Jersey.

The Battle of Jersey was the first conflict of the newly named The 78th (Highland) Regiment of Foot, however they had been involved in the defence of Jersey during a French attempt on the island only two years prior in 1779 (under the title 72nd Regiment, Duke of Albany’s Own Highlanders). Having been alerted to the French invasion in the early hours of the 6th January, Major Francis Peirson despatched the 78th Highlanders, who spread across the island. The British heavily outnumbered the invading French – it was reported that just one third of the British troops would have been necessary to defeat the French.

During the advance towards Avenue du Marché, Major Francis Peirson was killed by a musket ball to the chest; despite the loss to the British Army, the troops pressed on. After the French commander, Baron Philippe de Rullecourt, was injured, French soldiers began to flee. 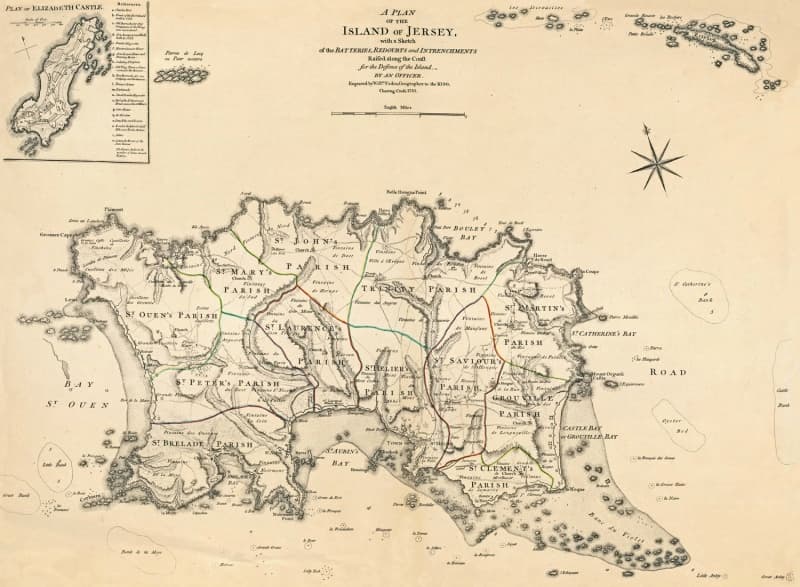 The British sustained only fifteen casualties, and took 600 French soldiers prisoner. The French lost 79 men, including de Rullecourt, who later died of his injuries. Corbet was tried by court-martial as a suspected traitor, but the ruling was inconclusive and he was dismissed as Lieutenant-Governor. The island’s defences were heavily reinforced in the following years, although no attempts were made on until the German invasion of the Channel Islands in 1940.

A LOST REGIMENTAL BARD OF THE 78TH

The Battle of Jersey

I. Soon after Christmas time in Jersey
We stood for the honour of the Gael
We kept the top of the causeway
And we gave fair play to the enemy.

2. The news for which I am saddened now
Is that we have lost our chief officer
Major Pierson, the descendant of heroes,
Who never feared an enemy.

3. The French got their share of Christmas
But when they did it was far from agreeable,
If I do not err in these verses
There were many hundreds of them dead.

4. Shortly before dawn
The cannon were firing incessantly,
Silk banners fluttered in the breeze,
And heroes went out to battle.

5. Shortly before sunset
There were many women without husbands,
Many mothers who had lost sons,
Many sisters without brothers.

6. We suffered many fatigues
Since we put on the red coat,
Keen to advance against hardship
And to conquer wherever we went.

7. Once on the top of Dunedin hill
There was a splendid gathering
In kilt and tartan plaid
With Scotlands leaders present.

9. Now I am lying in low country,
Useless and inactive
Gazing at the stars,
Oh Strathconon, you are far west from me