If Trees Could Talk

WHAT ARE HERITAGE TREES?

Heritage, or witness trees, are defined as living trees that are known or believed to have been present during key historic events. As not many tree species live beyond a few hundred years, and even fewer survive the ravages of a battlefield, they are relatively rare on such places. Not surprisingly, where such trees do still exist, they can evoke strong emotions when standing close to, or touching them, providing as they do such a direct link to the past. Although there are several notable ancient trees in Scotland like the Birnam oak and the Fortingall yew (which is also the oldest tree in the UK), none survive from any Scottish battlefields. 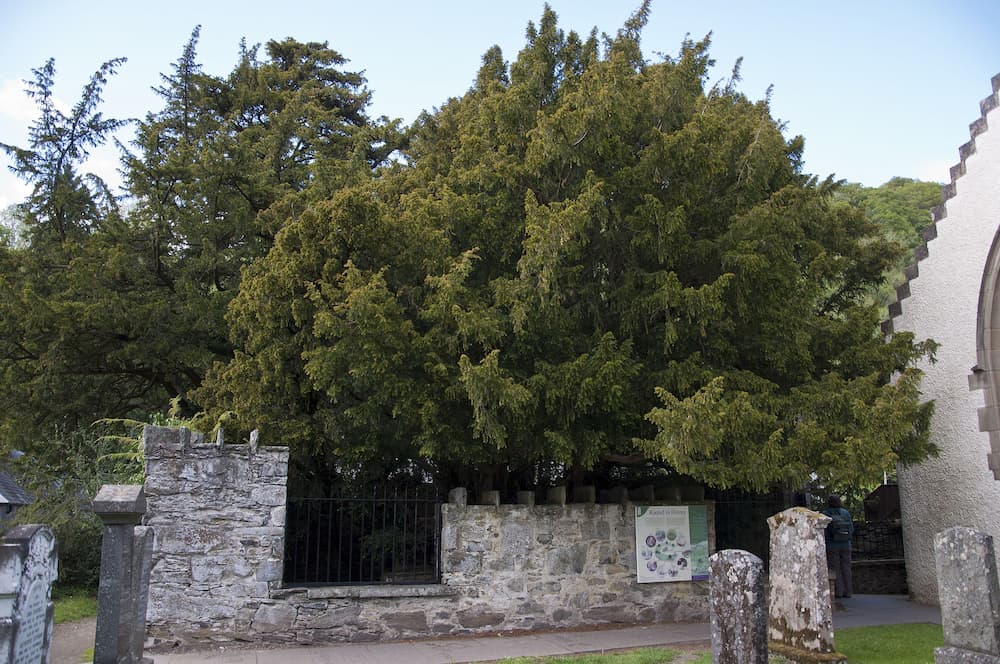 The last known tree was the famous three trunked hawthorn on Prestonpans battlefield, which was witness to the mortal wounding of Colonel James Gardiner of the 13th Dragoons on 21st September 1745 at the hands of the Jacobite Clan Cameron. The tree lived through to the 1920’s and was removed shortly after, with a large piece going to the National War Museum at Edinburgh Castle. Interestingly those same Camerons that fought for Bonnie Prince Charlie in the 1745 rising went on to form the backbone of our own 79th Regiment of Foot when formed in 1793. 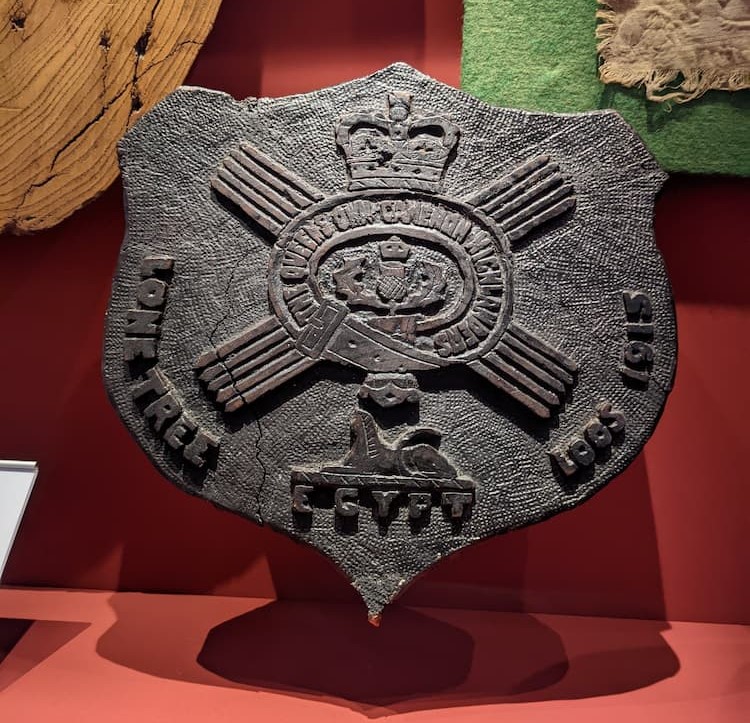 Whilst living battlefield witness trees are relatively rare, mementoes made from pieces of felled trees are more common. Here in the Highlanders Museum, a good example is the section of the so-called Lone Tree which was a prominent feature on the battlefield of Loos, in Belgium, during WWI. The tree was used by German artillery to register the range and accuracy of their fire and so during the latter stages of the battle of Loos, men from the 1st Battalion Cameron Highlanders were ordered into ‘No Man’s Land’ to cut the tree down. The Battalion Quartermaster, Lt Colonel AP Yeadon, MC, distributed pieces of the tree as mementos, and two such pieces are on display in the museum. The rings on the larger piece reveal that the tree was a reasonably mature 50 years at the time, whilst a smaller, heavily stained piece was carved with the Regimental badge by Pioneer Corporal J Cowe.

As the end of 2021 approaches, we should all be grateful that the only trees being cut down this month will be to decorate our homes, so here’s wishing you a very Merry Christmas and hope, as did all the combatants in that conflict, for “Peace on Earth”. 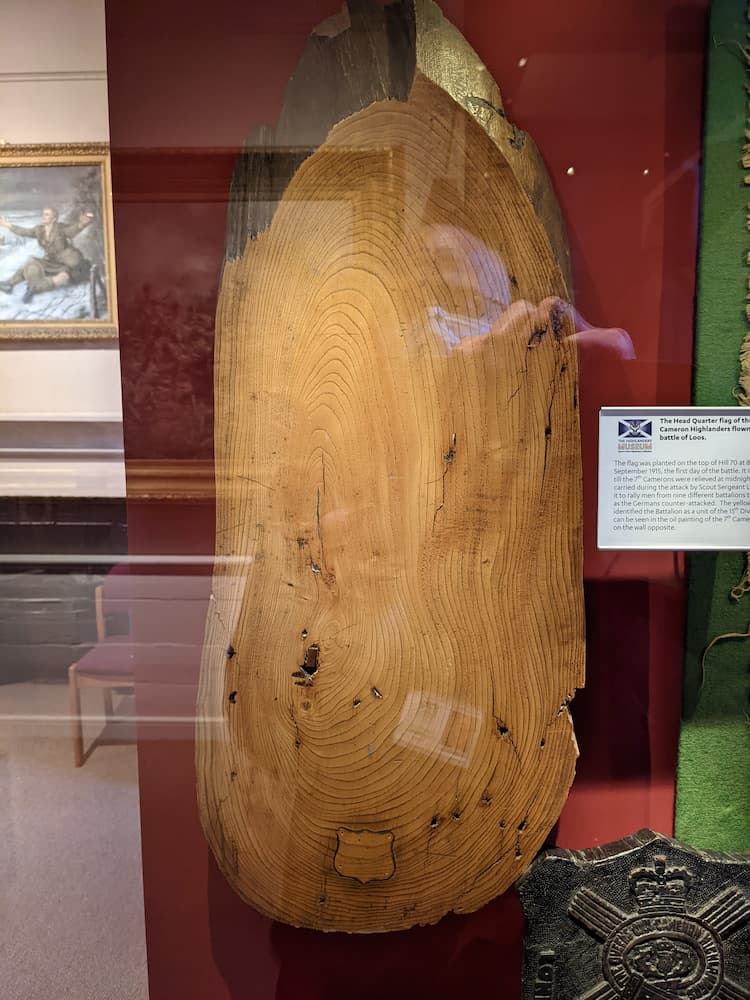