In the Bleak Midwinter

remembering the battle of Corunna

It might be hard to believe with the mild January so far, but back in the 18th and 19th Centuries military campaigning in Europe usually took a break between October and March while the troops hunkered down in winter quarters. One notable exception was the British Army retreat to Corunna, in northern Spain, where a 250 mile (400 km) march in the face of horrendous winter conditions and with the French snapping at their heels created a legend of human endurance that persists to this day. It is a harrowing yet heroic story of a retreat where hunger, fatigue and inadequate clothing were as much an enemy to Moore’s men as their French pursuers in their desperate race to the coast and the succour of waiting Royal Navy transport.

The retreat culminated in the Battle of Corunna on 16th January 1809 and was just one of many fought by the British and their Portuguese and Spanish allies against the armies of Napoleon during the Peninsular War of 1808-14. The Peninsular War is often seen as a sideshow to the wider Napoleonic alliances and conquests of Central Europe but was instrumental in protecting Great Britain’s economic interests and ultimately defeating Napoleon’s imperial ambitions. Unable to beat the Royal Navy and invade England, instead Napoleon implemented a trade embargo. But Portugal, a longtime British ally, refused to comply, triggering a series of events that led to the French invasion and occupation of the Iberian Peninsular.

To counter this, a British expeditionary force was dispatched to Portugal in August 1808, with Sir John Moore assuming command in October. The plan was to march in to Spain with a force of approximately 30,000 to link up with his Spanish allies and push the French back across the Pyrenees. At much the same time Napoleon arrived in the Peninsula at the head of 200,000 battle hardened veterans. With his lines of communication now compromised, Moore was forced to retreat in the dead of winter over the inhospitable Galician mountains, his army fighting tenacious rear-guard actions to facilitate their escape to Corunna where they turned to face the French. The 1st Battalion /79th Highlanders, who made up part of Lieutenant General Alexander Mackenzie Fraser’s 3rd Division, earned particular praise for having maintained its discipline and efficiency throughout a very difficult operation, although Sir John himself was mortally wounded by a cannon shot late in the battle.

Only four months later Sir Arthur Wellesley, better known as the Duke of Wellington, returned to Portugal with a plan to evict the French from the Peninsular once and for all. The 1st/79th subsequently took part in some of the most of the significant actions of that war, including the battles of Busaco (1810), Fuentes d’Onor (1811), Salamanca (1812) and the Pyrenees (1813).

The Highlanders Museum has a large number of exhibits relating to the 79th during the Napoleonic wars, including their colours flown at Waterloo. Legend has it that the large Spanish Fir tree (Abies Pinsapo) in the north-west corner of Fort George was grown from seeds collected during the Corunna retreat, although as that particular species is native to Southern Spain, and the 79th were not garrisoned at the Fort until 1868, this seems unlikely. 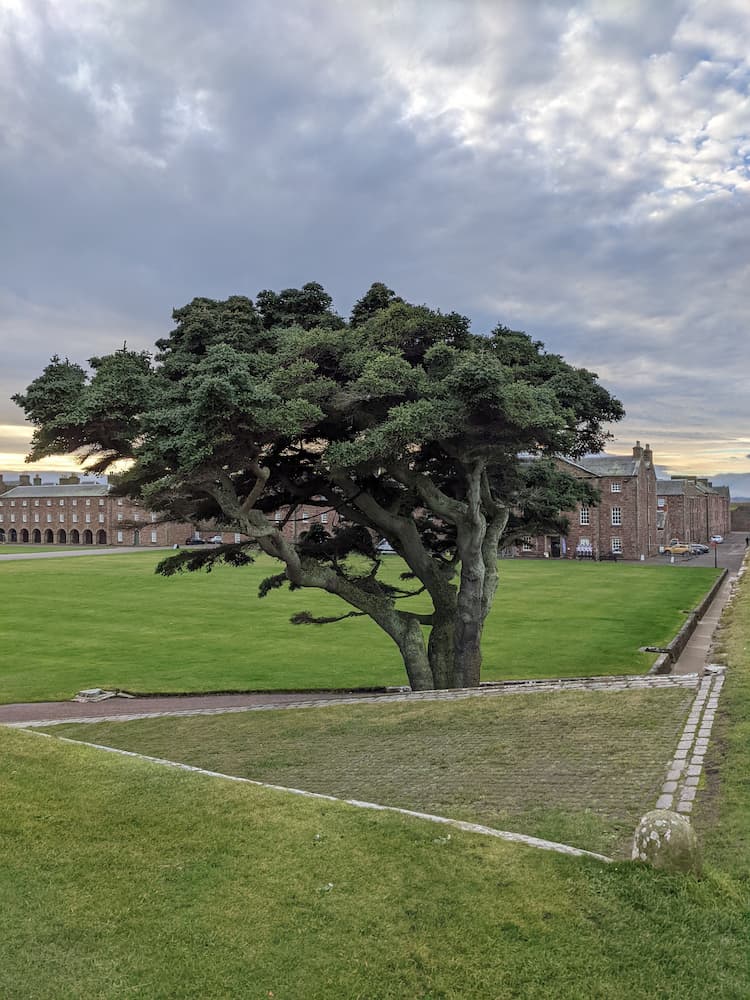