What were the Anglo-Mysore wars?

There were four Anglo-Mysore Wars; the first began in 1767 and the last ended in 1799. It was a tumultuous period for British rule in India which saw the East India Company continually attempting to supress the Mysore Kingdom in southern India.

The conflicts arose as the British attempted to unify the Indian subcontinent; British rule had already spread throughout northern India, but was met with an unexpected resistance by Hyder Ali, ruler of the Mysore Kingdom.

The 78th Regiment took part in the second and third Mysore Wars. The first war resulted in both parties signing the Treaty of Madras after Hyder Ali came uncomfortably close to taking Madras from the British East India Company.

However, in 1780, Ali felt that the British were in breach of the treaty, and so the Second Mysore War commenced. It began as Hyder Ali led approximately 80,000 men into the Carnatic (Karnatak) region of southern India, burning and destroying much of the countryside around the British strongholds of Vellore and Madras. On 10th of September, the British saw their worst defeat in India to date at the Battle of Pollilur (Pullalur), a resounding victory for Mysore. Nevertheless, neither side was able to claim a total victory, leading to yet another treaty: the Treaty of Mangalore. 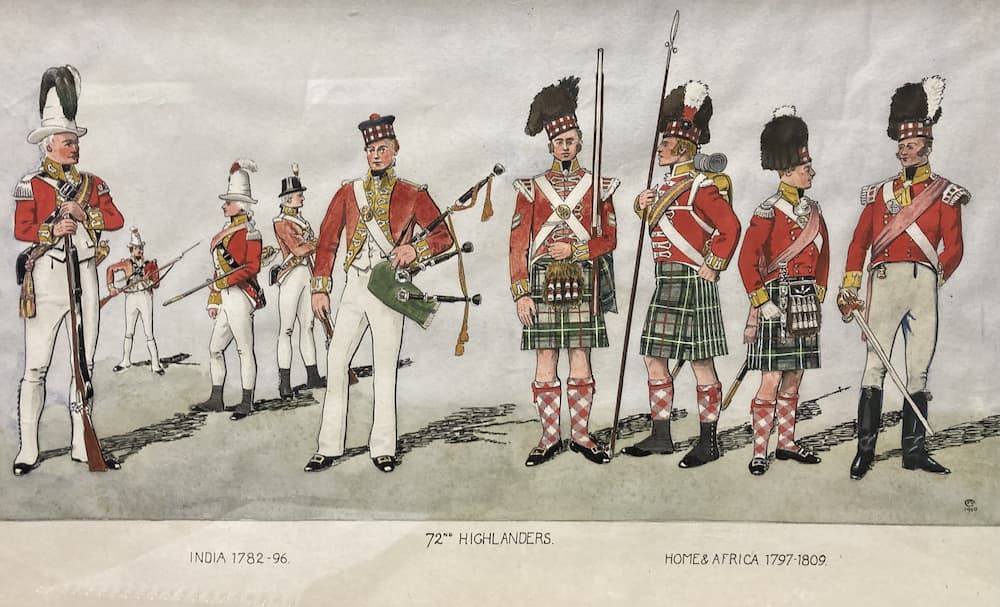 Treaty of Mangalore following the Second Mysore War was a national humiliation for the British. Having recently lost the Thirteen Colonies in North America, the British Empire was at risk of appearing weak. What’s more, share prices in the East India Company fell dramatically, a cause of great concern as its trade represented a sixth of British national income. Hyder Ali died suddenly in 1782 and was succeeded by Tipu Sultan, who was keen to take back the British-controlled Kingdom of Travancore.

After two years of violent conflict, with both sides sustaining victories and losses, the British had claimed the districts of Malabar, Salem, Bellary and Anantapur by 1792, culminating with the Siege of Seringapatam. The resulting Treaty of Seringapatam saw Mysore give up around half of its territory.

The role of the 78th

In 1778, the newly re-ranked 78th was called up to embark for India; convinced this went against the terms of their enlistment, the troops mutinied and protested on Arthur’s Seat in Edinburgh. The plan to move to India was abandoned as the regiment stayed to fight against the French invasion of Jersey. However, in 1781, 973 soldiers embarked for India from Portsmouth, including Kenneth Mackenzie, Earl of Seaforth who died during the treacherous voyage. His cousin, Colonel Humberston Mackenzie, took charge of the regiment but was killed during the Second Mysore War in 1783 on board the HMS Ranger.

Overall, the 72nd were stationed on the Indian subcontinent for 17 years, fighting at Trincomalee and Cuddalore, and the sieges of Bangalore and Sevendroog. Re-ranked as 78th (Highland) Regiment of Foot The regiment earned the Battle Honours Carnatic (1782–96), Hindoostan (1782–96), and Mysore (1782–96). 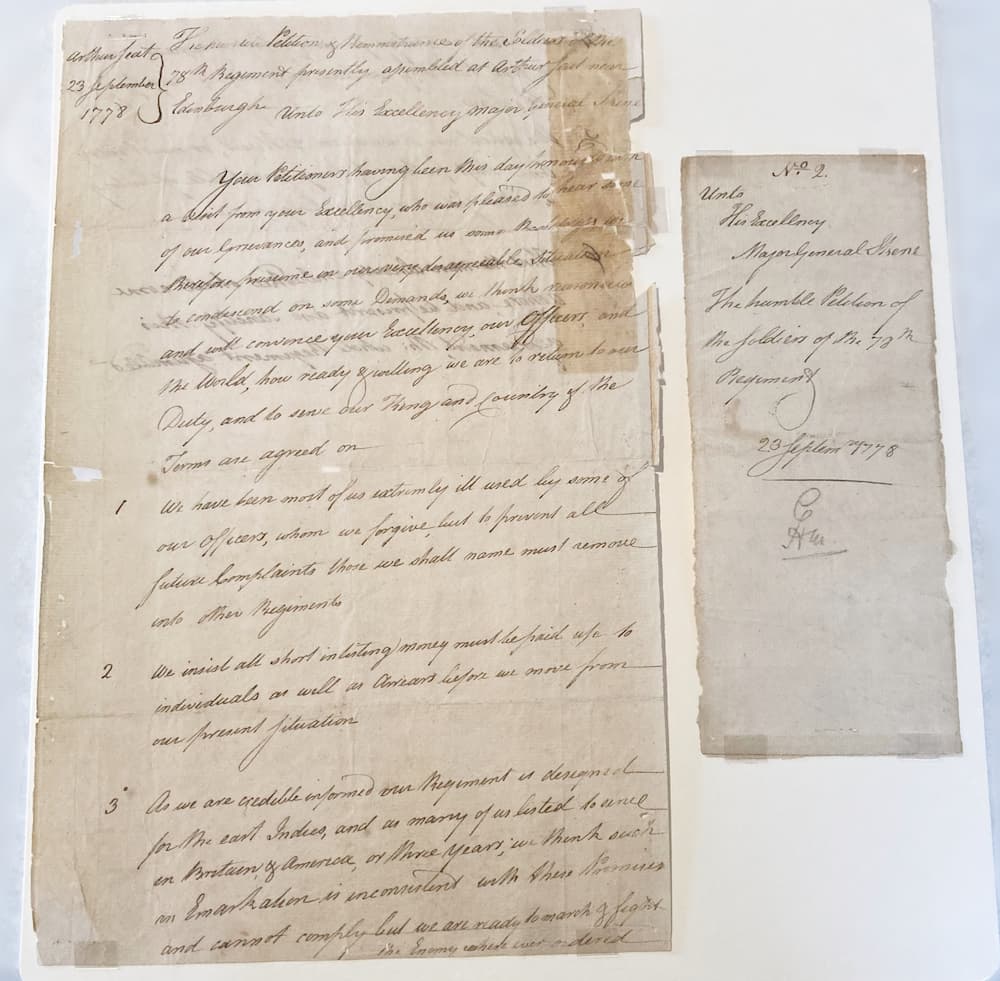