On 17th June 1942 the 5th Battalion boarded the SS Duchess of Richmond at Princes Dock Liverpool to set sail for an “unknown destination”. In fact they were being sent to Egypt as part of the newly reconstituted 51st Highland Division to bolster Montgomery’s 8th Army after the Fall of Tobruk. The short route via the Mediterranean was too hazardous and instead the ship sailed via Cape Town which was reached on 18th July. Here the men were given a route march and shore leave , the first time most of them had seen a city lit up at night since the start of the war. They left Cape Town on 21st July and sailed north, through the Red Sea to Port Tewfik, where the Officers had a fare well dinner onboard before disembarking on 11th August.

At this time Rommel was expected to launch his attack on Egypt and the brigade was moved to Mena camp, near Cairo, with the task of blocking the Fayoum road, using the Great Pyramid as the 128th Field Regiments observation post. But in early September Rommel’s attempted breakthrough having been smashed at Alam el Halfa, the 51st Highland Division moved up in to the desert battle area known as “E box”, 25 miles east of El Alamein. It was here on 10th September that 8th Army Commander General Bernard Montgomery inspected the battalion and was introduced to the officers. 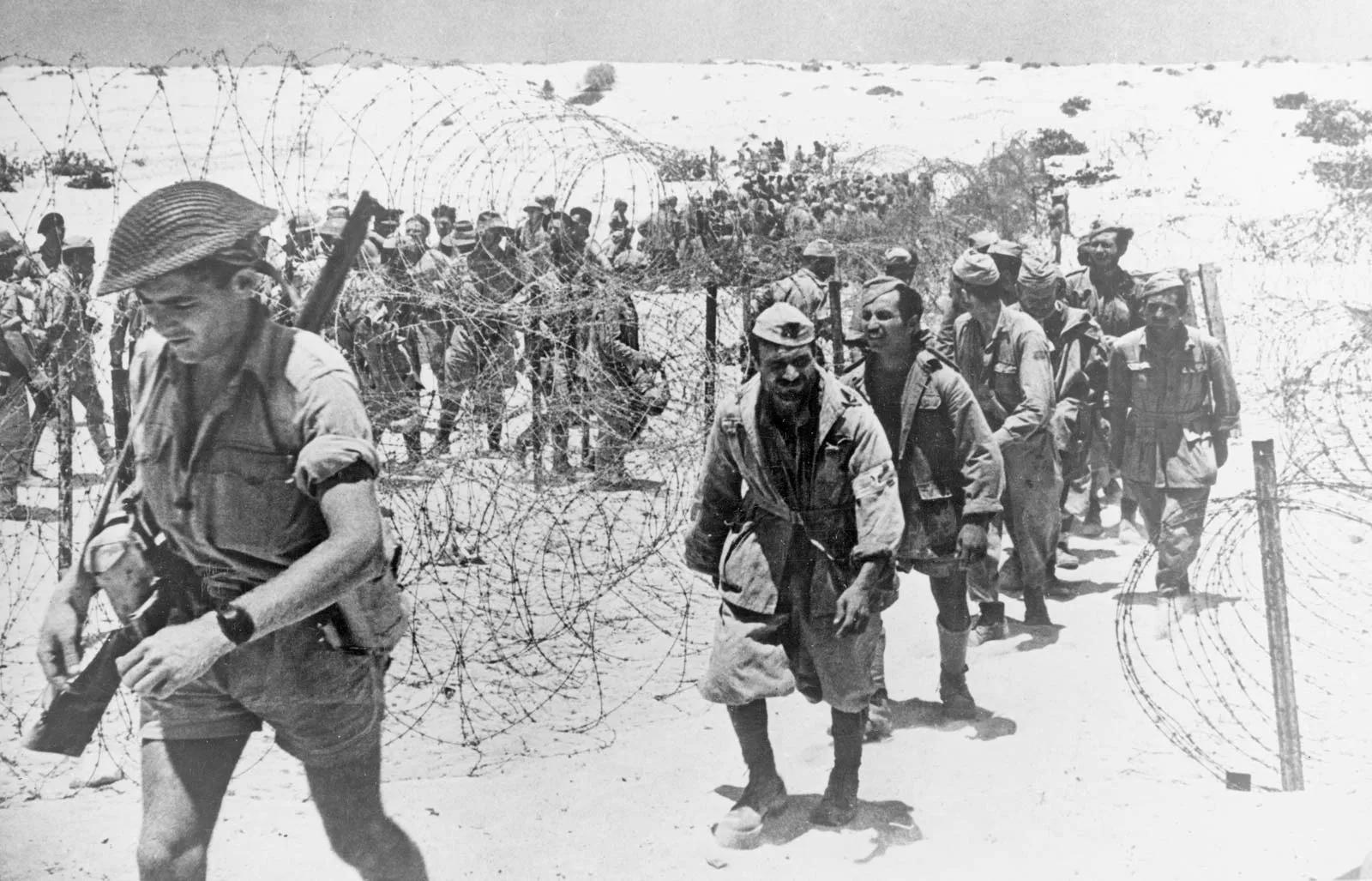 After several weeks training and familiarisation, including visits to the coastal sector held by the 9th Australian Division, who gave them invaluable advice and assistance from their past experience of desert warfare. Several moves into various “boxes” followed and then on 20th October the Battalion moved up to positions two miles behind the line, then being held by 2nd Seaforth. On 21st the CO addressed all the officers and released information that the battalion was about to take part in the 8th Army offensive to drive the Axis back.

The task of the Division at the battle of El Alamein was to effect the “break in”. This was to be achieved as a result of the Divisional attack with two Brigades the 153rd on the right and the 154th to the left. The 152nd were to act as “stage managers”. The 2nd Seaforth were in Corps reserve whilst the 5th Seaforth were to lay out the Divisional start line, assembly areas and access routes.

5th Camerons had two separate tasks. The first was to provide eight covering parties to protect Royal Engineer sappers making vehicle gaps through enemy minefields. For the second task, two companies under the command of the 154th Brigade were to capture a portion of the first objective on the extreme left of the Divisional front. 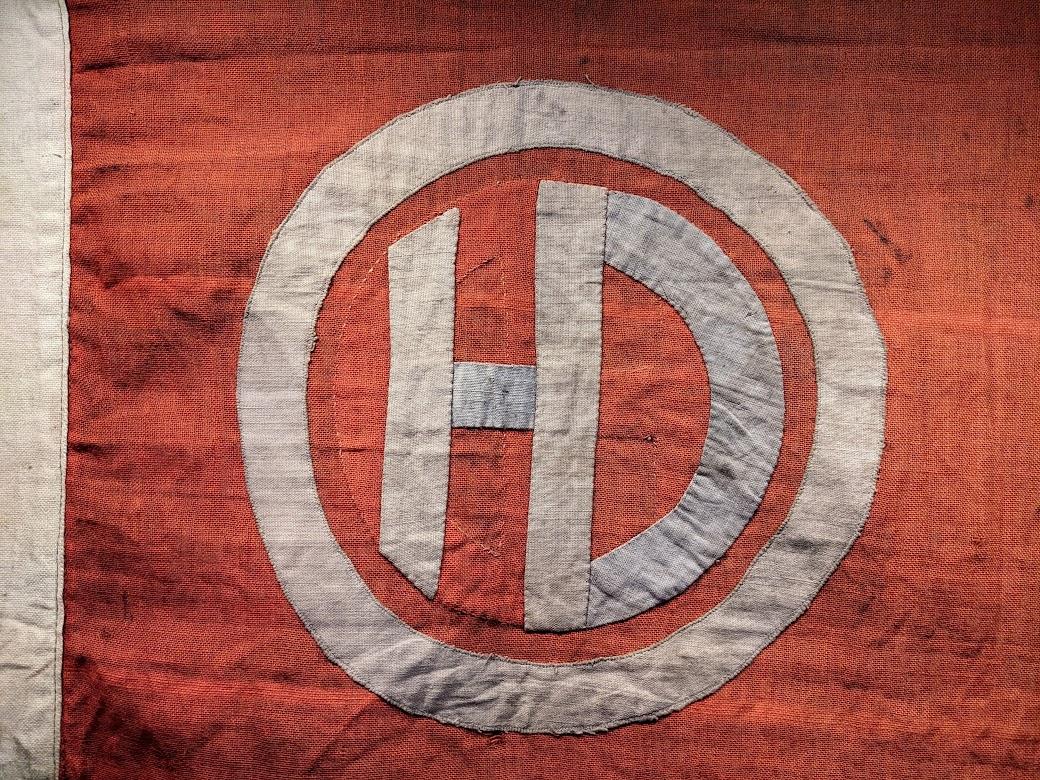 Major (later Lieutenant Colonel) Charles A Cameron MC, wrote a detailed account of the battle whilst recovering from his wounds in hospital in Cairo.This was first published on the 60th Anniversary in the The Highlanders magazine in October 2002 and reproduced here:

“October 23rd is a big day in the history of the 5th Camerons and the 51st HD. It was the night of the attack (at El Alamein) by the 8th Army and was their first action. The attack had 30 Corps in the north with the Australians, 51 HD, New Zealanders and South Africans. 13 Corps was in the south with 50 Div, 44 Div, 4 India Div, Guards and Free French. On reaching “Blue Line” 10 Armoured Corps passed through. The attack was on the last war model – infantry advance in line behind terrific barrage. Everything was worked out in detail, the only difficulty being that direction had to be kept by compass, and objectives had to be found by pacing the distance, and speed had to be exactly 100 yards in 2 minutes, then in 3 minutes. Our detachment was under Ian Davy’s command with Bill MacGregor commanding C Coy on the right, and my B Coy on the left. Stewart Johnston, Norman Grundy and Sgt Kennedy were my three platoon commanders. Charlie Cameron (Ceylon Charlie), my 2IC and Jim MacKay were both in hospital. We reached our objectives in time but went too far and suffered under our own barrage for some time. Then we suffered enemy shelling and mortaring. Casualties were heavy, more so in C Coy. In my Coy, my chief loss was CSM Macpherson and the piper L/Cpl Macpherson. Both were killed by a shell in the next trench to me. I was very fond of both and L/Cpl Macpherson had played (the pipes) during most of the attack; he was such a good boy. CSM was always a great help to me. The Company ended 45 strong, having started with 78, Sgts Kennedy and Clark were both wounded, and I was hit by a shell fragment in the arm but stayed on until mid-day. In C Coy Donald McIver and Dick Fawcett were killed, and Basil Henderson hit in the leg, and they came out less than 30 strong. Ian Davy and Inch were both hit in the leg too. A and D Coys were behind making gaps in the minefield and did not suffer much. 5 Seaforths held the front line which we went through and 2 Seaforths, with the Tank regiment, were in reserve. I believe our detachment was the first to report success of which we were proud.

The memory of that night remains for me like a nightmare though it certainly does not haunt me. I was not frightened as long as I was doing something such as keeping the company in the right direction; keeping contact, and giving orders etc. But when we were on the objective I was more frightened and did not like stirring from my hole while shells were still falling. When light came shelling was directed more at the tanks and I felt quite normal again. We had a kind of defensive position but were not strong owing to casualties. About 11 o’clock Gordon Black arrived in a carrier in which he sent back Ian Davy and took over command. He told us we were to be relieved by the 2nd Seaforths which we were about midday, and we marched back. Before arriving back we heard that the battalion were to go forward again. Gordon went to find out what was happening, and whilst resting I made my way to the RAP from where I was sent back to hospital in Cairo from where I write.”

Lieutenant Colonel Charles A Cameron MC TD is the youngest son of Sir Donald Cameron of Lochiel, 25th Chief of Clan Cameron. He was born on 29th September 1920 and brought up at the clan’s ancestral seat at Achnacarry, near Fort William. He attended the Lorretto School in Musselborough. In February 1939 he was commissioned as a 2nd Lt in the 5th (Territorial) Battalion of the Queen’s Own Cameron Highlanders and between 1942 – 1946 saw active service in Egypt, Tunisia, Palestine, Italy and Greece. Promoted to Major after the war he commanded the 4/5 Battalion (TA) Queens Own Cameron Highlanders in Inverness as Lieutenant Colonel from 1957 – 1960.

On leaving full-time army, from 1948 to 1980 he worked for Alginate Industries as manager of seaweed collection and production in South Uist, Lewis and Inverness. From 1974 – 1982 he also served on Inverness County Council. On Retirement, from 1982 – 1986 he was manager of National Trust for Scotland’s Highland properties and moved from Nairn to Achterarder in 2010.

A copy of the “Au Revoir” dinner menu, held onboard the SS Duchess of Richmond the night before disembarkation in Egypt and signed by all the Battalion officers, including as was then Captain CA Cameron, is held in the Highlanders Museum archives.