From Clan to Crown

Lord Lovat and the Highland Regiments

Should you ever visit the Tower of London, I recommend that while you are there you make a short detour across the busy Tower Hill road to the large and imposing Merchant Navy memorial, next to which you will find a small chain-linked enclosure and bronze plaque marking the spot where on a damp, grey morning on 9th April 1747, the axe fell on the last person to be publicly beheaded in Britain: Simon Fraser, 11th Lord Lovat, was a highland nobleman and Chief of Clan Fraser of Lovat, known as “the Fox” for his scheming and rather fluid allegiances to the ruling Hanoverians and exiled Jacobite Stuarts. During the rising of 1745 he tried to play each side, professing loyalty to the Government whilst encouraging his clansmen to rally to Bonnie Prince Charlie. In the aftermath of the rebellion, incriminating correspondence between Lovat and other Jacobite sympathisers was presented to the authorities and he was convicted of high treason, for which he paid with his life.

270 years later I found myself in Normandy looking at statues of Brigadier the Lord Lovat and his piper, Bill Millin, close to the spot on Sword Beach where they waded ashore on the similarly grey morning of 6th June 1944, guns and pipes blazing. Were these two Lovats related, I wondered, and how did Clan Fraser rise from the devastation of Culloden to become loyal stalwarts of the British Army and Empire? Working as a volunteer at the Highlanders’ Museum (Queen’s Own Highlanders Collection) has helped me find some answers. 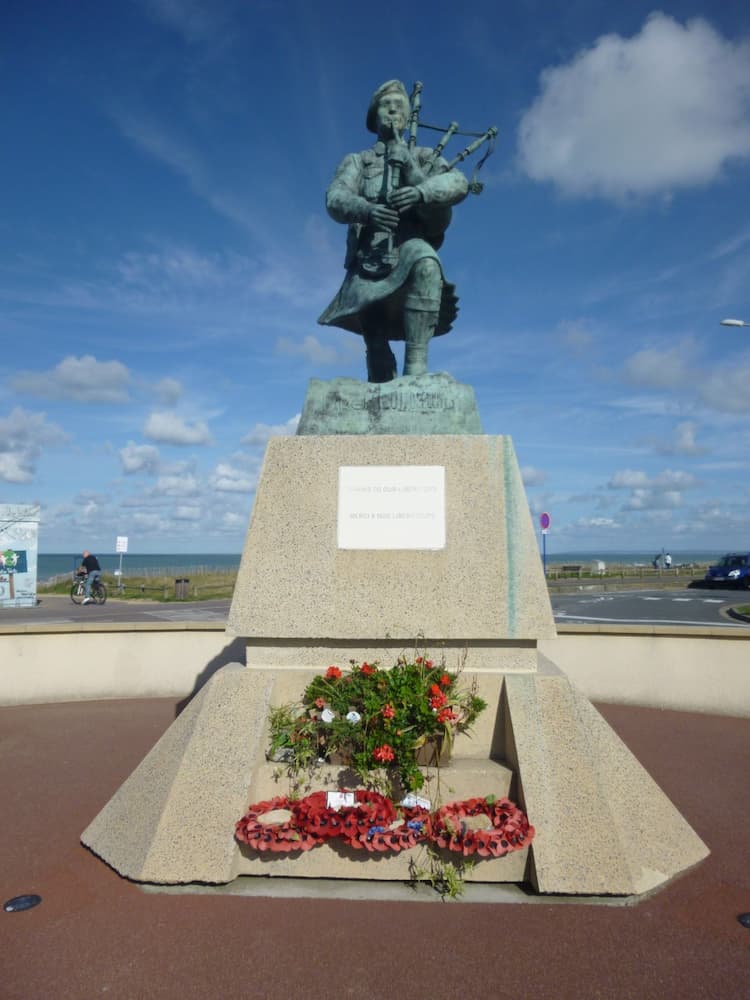 The tradition of raising independent companies of militia from highland clans began soon after the Union of the Scottish and English crowns under James VI (James II of England), as a way to keep the peace and uphold the law in the remoter parts of the kingdom. The officers held commissions from the crown and were paid expenses to arm and equip the men, but they were not recognised as part of the official British Army.

After the fairly muted Jacobite rising of 1715, the independent companies were disbanded as the security threat was deemed to be low and many of the company captains were using the funds to supplement their own income rather than properly support their men. But Jacobite intriguing and inter-Clan feuding continued and in 1725, General Wade was authorised to raise six new companies collectively known as “the Black Watch” on account of their distinctive dark tartan plaids. After much lobbying from Lord Lovat, one of these companies was raised from Fraser men under his lordship’s command. This provided well trained, equipped and loyal soldiers to police Fraser lands around Inverness and the Great Glen. The only question was “loyal to whom”? In Lovat’s case this was by no means clear and in 1740 he was stripped of his captaincy and the men put under command elsewhere. Lovat was outraged and some say it was this perceived slight that made him side with the Jacobites in 1745. 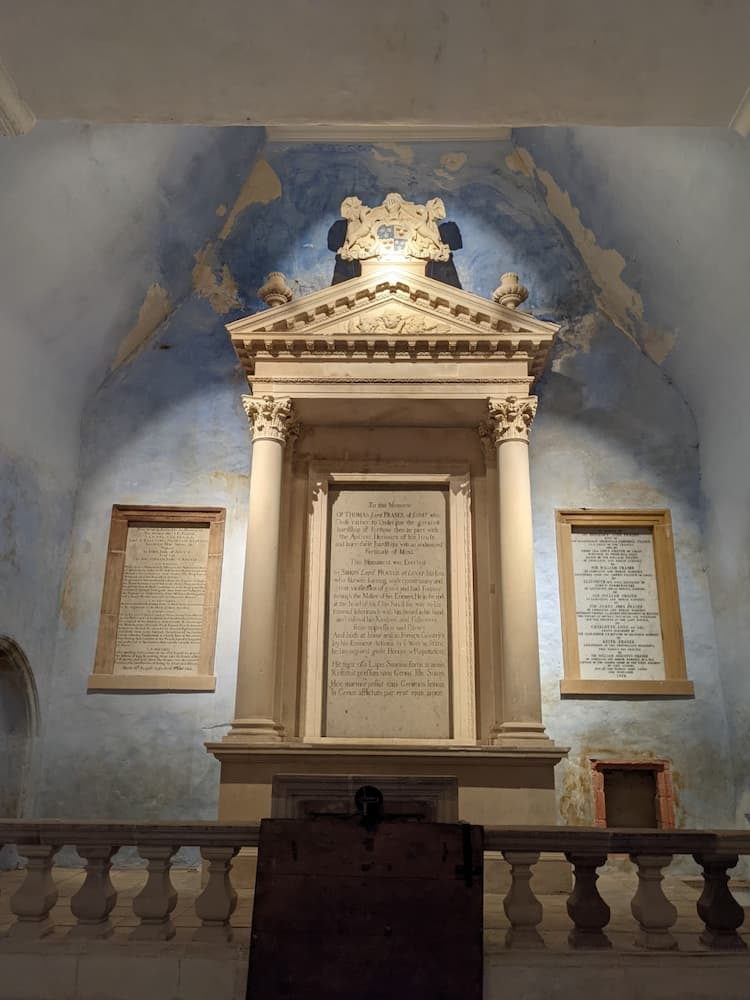 The adventures of clan fraser

By that point, being too old and infirm to lead them himself (he was nearly 80), Lovat coerced his son, Simon the Master of Lovat, to join Prince Charles at Inverness. Fortunately for Simon on the day of Culloden, he was at the Clan seat of Castle Dounie trying to rally more men to the cause, and instead the Frasers were lead in to battle by his cousin, Charles Fraser of Inverallochy.

The Master’s reluctance to join the Jacobite cause and his absence from the battle helped to secure an official pardon and, to further rehabilitate the clan Fraser name, in 1757 he raised a regiment to fight in North America. After defeating the French on the Plains of Abraham, under the command of James Wolfe of Quebec, the regiment was disbanded in 1761 and it was not until 1778 that the 78th Regiment of Foot (later the 72nd Duke of Albany’s Own Highlanders) were founded by Kenneth Mackenzie, Earl of Seaforth. The regiment adopted the traditional belted plaid, a single piece of tartan combining kilt and plaid, and was one of the first Highland regiments in the rapidly expanding British Army.

On the death of Simon’s half-brother Archibald, in 1815 the Fraser titles and estates passed to a distant cousin, Thomas Alexander Fraser of Strichen, the 14th Lord Lovat*. By now the Frasers were pillars of the establishment, Simon the Master Lovat (later 15th Lord Lovat) was Lord Lieutenant of Inverness and commanded the 76th Highland Light Infantry Militia, changing their uniform to Highland dress with a kilt of Hunting Fraser tartan. His three sons Simon, Hugh and Alastair all held commissions in the British Army.

(* Thomas Alexander Fraser was the 12th Lord Lovat de jure (by law), as the 11th Lord Lovat had been attained and so his two sons Simon and later Archibald were prevented from inheriting the title. However, they were recognised as the 12th and 13th Lords Lovat de facto and so Thomas is referred to as the 14th Lord Lovat in this article and his heirs to the title are numbered sequentially after that.)

When the Second Boer War erupted in 1899, the Army was woefully short of the scouting and intelligence network required to fight an enemy to whom this was second nature. Simon, the 16th Lord Lovat, realised that the bailiffs and ghillies of his highland estates had exactly the skills required for tracking, hiding and sharp shooting and so the Lovat Scouts were born. Dressed in khaki tunics and breeches, with slouch hats bearing a patch of red Fraser tartan, they traversed the African veld on their small highland ponies communicating by heliograph and semaphore. The Lovat Scouts transformed the standard of battlefield intelligence gathering, and fully justified Lord Lovat’s faith in the value of Highland stalking skills on the battlefield. They remained a distinct unit within the British Army right through to the end of WWII, when they were absorbed into the newly reconstituted Territorial Army. 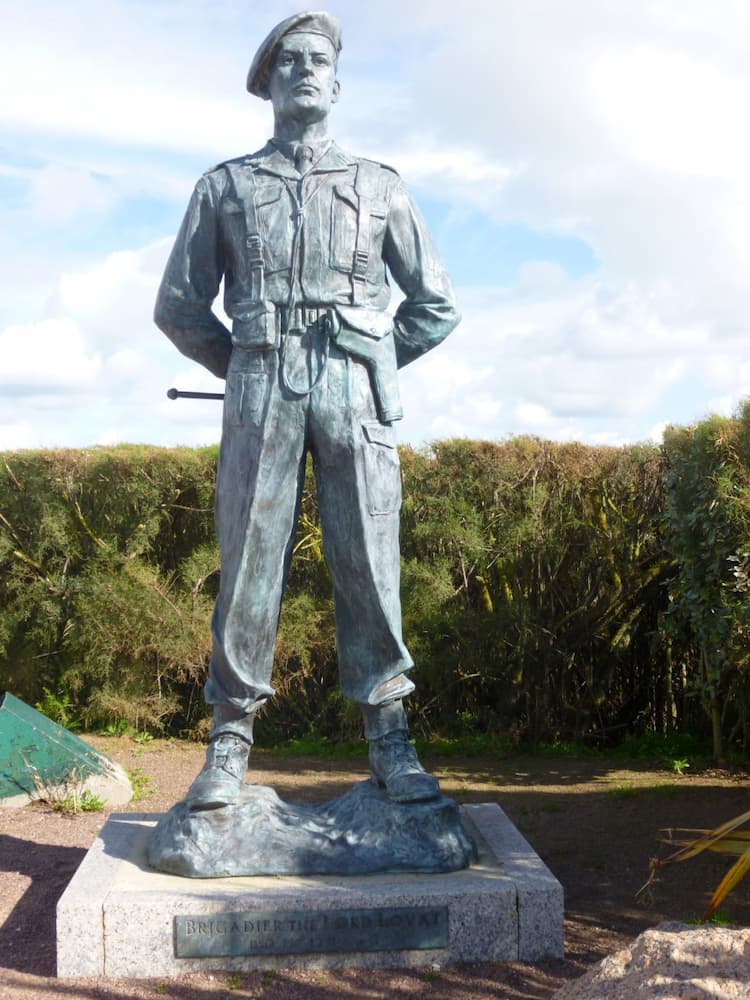 “A specialist unit for irregular warfare”

And what of the 17th Lord Lovat and his piper on Sword Beach? At the outbreak of WWII he was serving as a captain in the Lovat Scouts, and like his father 40 years earlier saw the potential for training small, specialist units for irregular warfare. With Sir Winston Churchill’s blessing, he formed the first Commando units, training them in his Highland stamping grounds around Lochailort and later Achnacarry. In March 1941 he saw action during the very first commando raid of the war, on the Lofoten islands in Norway, and was awarded the Distinguished Service Order for the aborted Dieppe raid of 1942, from which many important lessons were learnt for the D-Day landings two years later. In 1944 he was promoted to Brigadier and put in command of 1st Special Service Brigade for the assault on Sword Beach. In defiance of British Army standing instructions, he ordered his personal piper William (Bill) Millin to play the pipes as they splashed ashore. When Millin protested that it was against regulations, Lord Lovat replied “ah but that’s the English war office. You and I are both Scottish so that doesn’t apply”! An argument that his forebear the 11th Lord Lovat possibly put forward during his trial at Westminster, without success.

The Lovat Scouts were based at the Cameron Barracks in Inverness between the Wars, and due to the proximity of Fort George to the Lovat Scouts heartland, the Highlanders’ Museum (Queen’s Own Highlanders Collection) has an exhibition room dedicated to the Lovat Scouts that includes amongst other exhibits the battledress blouse worn by Lord Lovat on D-Day. The Museum does not hold any of the 11th Lord Lovat’s possessions, there is an impressive memorial tablet within the family mausoleum at Kirkhill, near Inverness. But to visit his mortal remains you must go to the Tower of London, or pay your respects at that quiet spot upon the Hill.